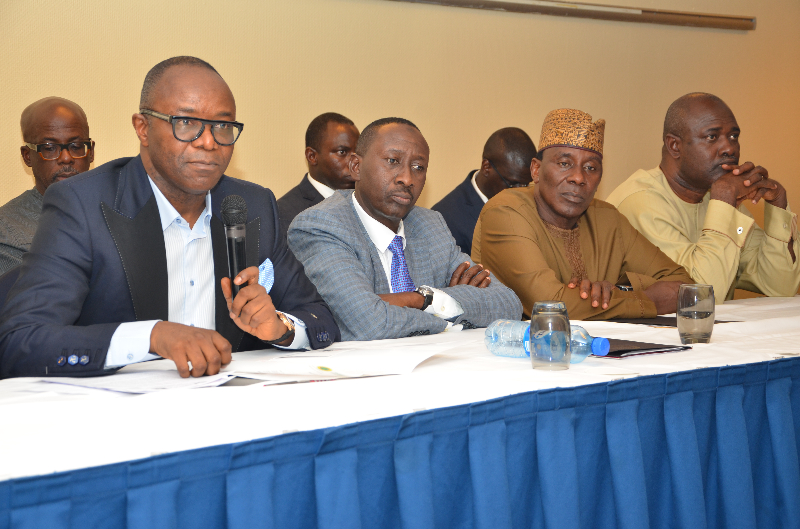 The Federal Government and stakeholders from the Niger Delta region have resolved to work together to stop the recent upsurge in attacks on critical oil and gas installations and ensure security, stability and economic development of the area.

Addressing journalists at the end of a meeting in Abuja, the Honourable Minister of State for Petroleum Resources and Group Managing Director of the Nigerian National Petroleum Corporation (NNPC), Dr. Ibe Kachikwu, expressed the Federal Government’s readiness to check the resurgence of pipeline sabotage in the region.

Dr. Kachikwu said all the stakeholders resolved that solutions to the incessant attacks on oil and gas pipelines are within the communities, stressing that communities were now saddled with the responsibility of ensuring protection of pipelines within their domain.

He added that all the states in the region would nominate 4 or 5 representatives that would work hand-in-hand with security agencies to secure oil facilities in their respective states.

The Minister further stated that it was resolved that violence was not an option in resolving the problems of the Niger Delta and that all threats from the region should end henceforth. He stated that there was need to reach out to all other stakeholders who were not part of the meeting to embrace peace and dialogue.

According to him, there was need to restructure the Amnesty Programme so as to address the critical issue of neglect by the government and international oil companies.

“The Niger Delta Governors must be involved in providing lasting solutions to the resurgence of pipeline vandalism and there is urgent need to create business opportunities for the locals in the region,” Dr. Kachikwu stated.

Gov. Adams Oshiomole and other leaders of the Niger Delta region who spoke at the meeting urged the agitators to drop their arms and embrace dialogue as the Federal government was committed to the development of the area.

All the stakeholders who spoke at the meeting reassured that they would take the message of peace back home in order to provide a win-win situation for the Federal Government and the Niger Delta region.