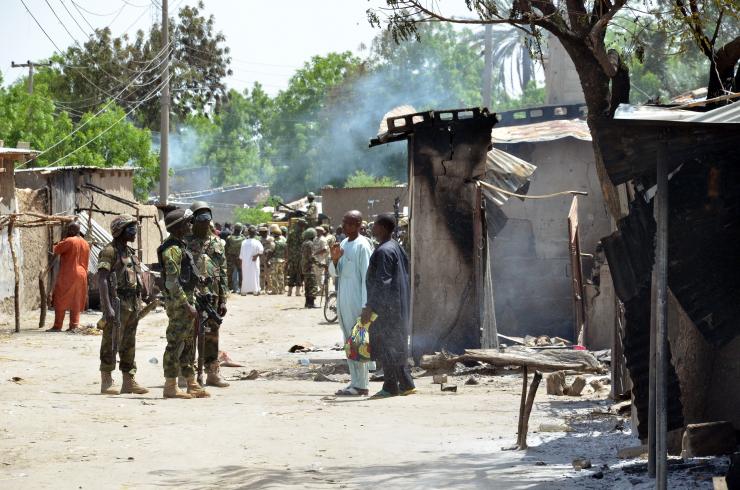 The Secretary to the Government of the Federation (SGF), David Lawan, has recently said the Federal Government of Nigeria has commenced the reconstruction of schools and police stations destroyed by Boko Haram insurgents in the North East.

Lawan disclosed this in Hong, Adamawa, during the graduation of 500 students trained by Buba Industrial Village.

The training was part of the Youth Empowerment Programme introduced by Yusuf Buba, the member representing Gombi /Hong Federal Constituency.

He said that reconstruction of the region was part of the election campaign promises of President Muhammadu Buhari.

The SGF stressed that the aim was to bring lasting solution to insurgency and rebuild destroyed infrastructures in the area.

“Federal Government has begun reconstruction of schools, police stations among others destroyed by Boko Haram insurgents in the North East region.

“The APC-led government is determined to guarantee peaceful co-existence and ensure that Nigerians irrespective of their locality or belief benefit from the dividend of democracy,” Lawan said.He berated opposition parties for what he called the campaign of calumny during the last general election, which linked the All Progressives Congress with a particular religion and Boko Haram insurgency.

Lawan said President Buhari and the APC-led government would never discriminate against any Nigerian on the basis of religion or any other affiliation.

“President Buhari believes in honesty and integrity and before him, all Nigerians are equal,” he said.

On youth empowerment, Lawan said the Federal Government had excellent programmes for their employment.

He commended the lawmaker for initiating skills acquisition programme for the youth, describing the gesture as a “landmark achievement” worthy of emulation.