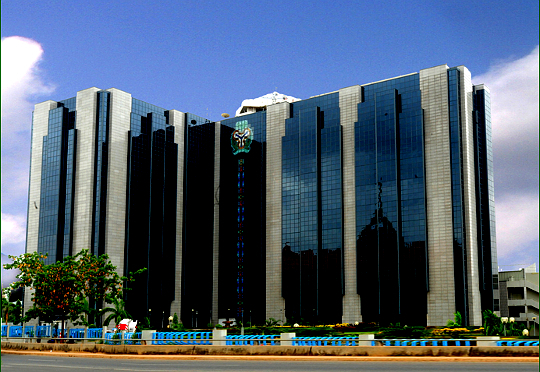 Central Bank of Nigeria Governor Mr. Godwin Emefiele has reassured foreign investors that Nigeria is open for business, and their investments in the country will be protected.

Mr. Emefiele said this as the guest speaker at the 53rd Annual Bankers Dinner hosted by the Chartered Institute of Bankers in Nigeria.

He said the CBN and the Federal Government were open to Foreign Direct Investments that will unlock economic opportunities and Nigeria’s growth potentials.

The CBN Governor shared that the thrust of his monetary policy was supporting inclusive economic growth in Nigeria.

Speaking on the theme “Strengthening The Economic Recovery Process in Nigeria” Emefiele noted that considering the economic recession, that hit the nation between 2016 and 2017, it was clear that policies had to put in place to avoid a repeat of another economic downturn.

Reacting to the various analysis on the monetary policy regime by economists and analyst, Emefiele assured that CBN will work with accurate and reliable information in taking its decisions.

The CBN boss cautioned against hasty criticisms of the monetary policy decisions, stating that policies take time to bear the desired fruits

He told stakeholders at the event that CBN that the following trends impacted global economic activities;

– Rising interest rates at the global level from the United States Federal Reserve to the Bank of England of United Kingdom, which heightened fragilities, imbalances and vulnerabilities in emerging and frontier markets like Nigeria.
– Consequent Capital Yield Flow Reversals in Emerging and Frontier markets, putting pressure on FX reserves and capital markets.
– The Rising trend of Isolationism, Protectionism and Anti-Globalization movements especially in the western hemisphere
– Uneven Fluctuations in the price of International commodities like crude oil, gold etc
– Profound Geo-Political tensions in various parts of the globe, impacting the dynamics of global trade and flow of capital along traded routes.
– Uneven growth in the global economy accompanied with a tepid short-term outlook

According to him, the CBN was conscious of the following developments;

– The rising tensions in trade between the US and China could taper global growth and the demand for commodities like crude oil
– The Rising interest rates in developed markets like the US and UK
– The Likely impact for the Global crude oil market, with the sharp rise in US shale production.

Considering the challenges Nigeria faced and its quest for sustainable economic recovery from recession, containing inflation and addressing FX supply issues, Emefiele identified the following bold steps as measures taken by the CBN, to stabilize the economy;

Tightening Monetary Policy to check inflation, while improving yields in local bonds which attracted the attention of foreign investors.
Analyzed the import bill and encouraged manufacturers to take local options in sourcing for raw materials, through its FX restrictions on 41 items.
Introduction of the Importers and Exporters Window (I & E) which allowed investors and exporters to purchase and sell FX at the market determined rate.

“The impact of these three steps led to the increase of FX inflows into the economy, and a rise in the foreign exchange reserves($48bn May 2018, from $23bn in October 2016)” he said.

The CBN Governor said with improved availability of foreign exchange, the FX rate at I& E window has been stable, while the parallel market exchange rate premium has narrowed significantly.

The steps according to the Governor improved the Primary Market Index for manufacturing, with an increase of 57% in August, 2017 from 45% in 2016.

Mr. Emefiele said the restriction of FX for 41 items, had achieved a boost in domestic production and enterprise development in the country.

In the area of MSME support, the CBN Governor disclosed that about N100bn has been released so far for entrepreneurs.