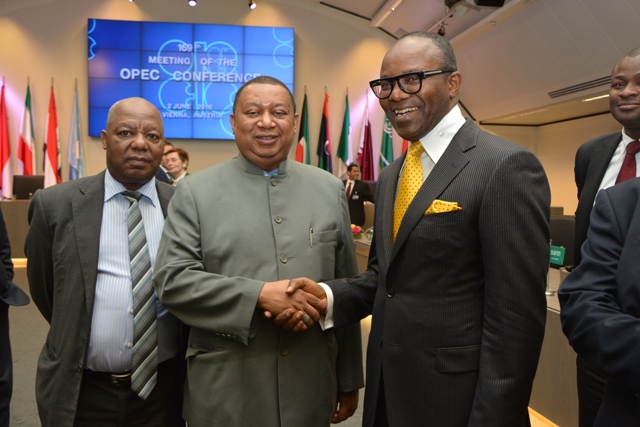 After months of shuttle diplomacy anchored by the Honourable Minister of State for Petroleum Resources, Dr. Ibe Kachikwu, Nigeria’s quest to clinch the top job at the Organization of the Petroleum Exporting Countries, OPEC, yielded dividend on Thursday with the appointment of Mohammed Sanusi Barkindo as the Secretary General of the Organization.

Barkindo is expected to occupy the position for three years in the first instance with effect from August 1st 2016.

Rising from its 169th Ordinary Meeting, the Conference expressed its appreciation to the outgoing Secretary General, His Excellency Abdalla Salem El- Badri for his leadership of the Secretariat and the Organization during his tenure.

The newly appointed Secretary General is coming to the position with a  23 year career in the Nigerian National Petroleum Corporation, NNPC and the oil and gas industry.

Barkindo was a one-time Group Managing Director of the Nigerian National Petroleum Corporation (NNPC). He actually served as Acting Secretary General of OPEC in 2006 and handed over to his predecessor where he served with distinction.

Barkindo is an advocate of Climate Change Initiative and has led Nigeria’s technical delegation to the climate change negotiations that produced the United Nations framework Convention on Climate Change UNFCCC  and the Kyoto protocol to the UNFCCC during which he served on the Bureau of the UNFCC at various times.

He obtained a B. Sc degree in Political Science in 1981 from Ahmadu Bello University, Zaria, a post Graduate Diploma in Petroleum Economics in 1988 from College of Petroleum Studies, Oxford University, UK and a Master’s Degree in Business Administration from the South Eastern University, Washington DC.

The new OPEC Secretary General’s hobbies include reading and soccer. He is married with children and holds the traditional titles of Wazirin Musawa Katsina and Walin Adamawa.