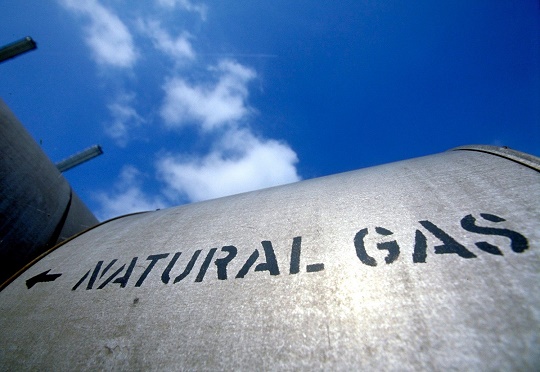 A major stride in the drive for optimization of the nation’s vast gas resources has been recorded with the execution of a novel contract between the Nigerian National Petroleum Corporation (NNPC) and a private firm for the activation of virtual gas pipeline network for power generation.

The project which would be facilitated through the installation of Mini-LNG plants is designed to supply, in the first instance, about 84 million standard cubic feet of gas per day (mmscf/d) by transporting gas from production fields using customized cryogenic tankers to areas that are not easily accessible through pipelines.

The NNPC GMD noted that attainment of effective gas penetration was key to enhancing industrial growth of the transit towns and villages.

He said this was in tandem with the objectives of the current administration’s Economic Growth Recovery Plan (ERGP) which in part aims to accelerate non-oil revenues, improve transportation infrastructure, drive industrialisation, stabilise macroeconomic environment, achieve agriculture and food sufficiency and ensure energy sufficiency.

Providing an update on Nigeria’s gas credentials, the GMD Informed that the nation’s current proven gas reserve was about 202 trillion cubic feet (TCF) up from initial figure of 199TCF with a potential for up to 600TCFin undiscovered resources.

He added that based on these numbers, Nigeria had almost 10 times the Trinidadian reserves base and is 9th in the world based on proven gas reserves, saying, with the undiscovered potential, Nigeria could be in the same league as Iran, Qatar, and Russia.

He noted that going forward NNPC had developed a clear cut strategy for growing gas supply to meet the unprecedented growth in gas demand through, namely:

Completion of the short term gas supply projects, Incremental supply from Nigerian Petroleum Development Company (NPDC) Oredo, Utorogu and Odidi re-entry projects. He said upon completion, the projects would deliver about 240mmscfd of gas to the domestic market by Q4 2018.

The NNPC GMD said the corporation had made massive investments in the promotion of the usage of cooking gas with the revamp of the eight (8) LPG Butanization plants in Apapa, Ibadan, Oshogbo, Enugu, Ilorin, Gombe, Makurdi and Kano.

“Our plan is to connect all the stations through pipelines to bring Liquefied Petroleum Gas (LPG) closer to consumers,” he said.

The GMD called on members of NGA to join forces with the NNPC and other stakeholders to ensure complete attainment of the Federal Government’s aspiration for the gas sub-sector.

Earlier in his welcome address, NGA President, Engr. Dada Thomas emphasized the need for Nigeria to achieve optimization of its enormous gas resources through constructive engagements with stakeholders across value chain.

He explained that NGA would continue to work with all relevant stakeholders to attain this central objective in the years and decades ahead.