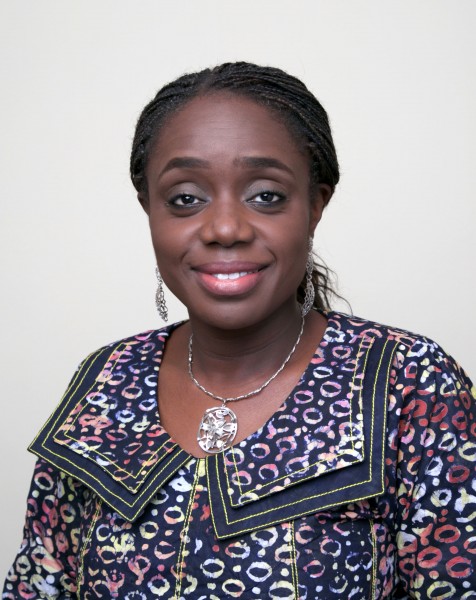 The Minister of Finance, Mrs. Kemi Adeosun has challenged members of the accounting profession to join forces with the current administration in its bid to promote accountability and transparency in governance.

The Minister gave the charge on the day two of the 46th Annual Accountants Conference organized by the Institute of Chartered Accountants of Nigeria (ICAN) in Abuja on Tuesday.

The theme of the conference is Accountability. Now, Nigeria, and it was attended by dignitaries including the Vice President Mr Yemi Osinbajo, the Gombe State Governor, Alhaji Ibrahim Hassan Dankwambo, the Ogun State Governor Senator Ibikunle Amosun and former Governor of Anambra State, Mr. Peter Obi, among others.

The Minister explained that the accounting body now has greater roles to play in the current dispensation, saying that the era when accountants just offered suggestions was over.

“The days when ICAN stayed in the background are gone. That is why I’m challenging ICAN to move from the background to the forefront. We need more accountants at all tiers of government and I think they have a very big role to play.”

She disclosed that the finance ministry under her watch has begun capacity building for the nation’s accountants by ensuring that larger firms partner with smaller and medium scale firms for any assignment.

“We need to build capacity within the smaller and medium-sized practices. In the Ministry of Finance, we have resolved that a large firm must partner with smaller firms for any assignment and the practice has started.”

She stated that one of the measures put in place by the current administration was to ensure that the nation’s public finance management was better enhanced. According to her, a lot of lessons have been learnt from past mistakes; hence the implementation of a set of robust public finances management policies.

“One of the things we have done since we came to the office was to ensure that our public finance management is better enhanced. We didn’t really have early warning signals from where we were headed. I think if we had better data, we wouldn’t be here today.”

The Federal Government of Nigeria was one of the few countries without risk based independent internal audit. We started with the Presidential Initiative on Continuous Audit. On assuming office, we found there were little controls, no audit and no reconciliation. These are the basic tools for reconciling expenditure with payroll. As a, result, we found thousands of payroll entries of people who are not supposed to be there.  We therefore have to move the Presidential Initiative on Continuous Audit into formal independent-risk based internal audit.

We also set up the Efficiency Unit and I have to thank ICAN for its support. We have been able to drive down our costs considerably. The savings are creating head room clearly needed to be invested to fund capital projects which will grow the economy,” the Minister stated.