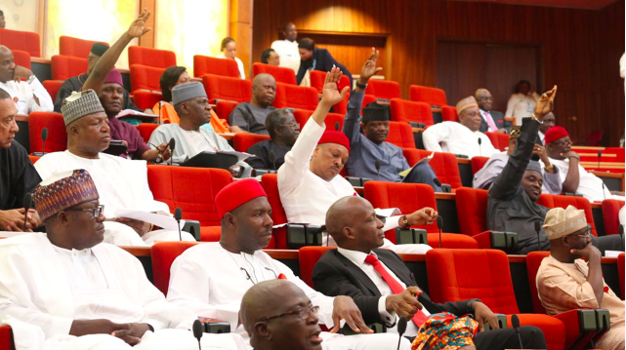 Earlier this week, a bill was passed to the at the Senate, for an amendment to the Constitution relating to gender issues.

The bill sought for the lawmaker’s approval over equal rights to men and women, boys and girls in all sphere of life in the country.

Meanwhile, on Wednesday the Senate promised to provide 35 per cent affirmative action for women in the Gender and Equal Opportunity Bill. However, following the statement from Sen. Biodun Olujimi, who had been behind the constitutional amendment, the lawmaker’s final judgment did not favor the women of Nigeria because they had voted against the affirmative action.

Speaking on the vote, Sen. Olujimi said, “I thank this Distinguished Senate for what transpired during the Constitution amendment. I want to thank those who voted for the clause that had to do with affirmation action for women and those that did not vote.” “We lost the vote but we won the popular vote.”

“In the light of that, I want to ask for this great obligation that the Senate do graciously allow that the clause on affirmative action be brought in when the Gender and Equal Opportunity Bill comes back to the Senate,” she added.

The deputy president of the Senate, Sen. Ike Ekweremadu said that the bill which was voted against was difficult for the lawmakers to consider.

“I recall that this Senate is a very gender sensitive Senate.”

“We supported women at all material time. Anytime we had issues concerning women we stood by them. The voting was in response to some other provisions of the Constitution, especially those dealing with issues of non-discrimination.”

“It was very difficult to sideline some of the provisions we voted against in the existing provisions of the Constitution,” Mr. Ekweremadu said.