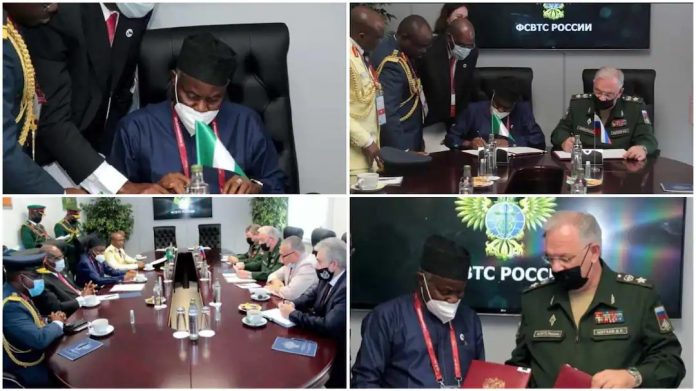 Nigeria and Russia have signed a military cooperation deal providing a legal framework for the supply of equipment and the training of troops, the Nigerian embassy in Moscow said on Wednesday.

President Muhammadu Buhari had expressed interest in such a pact with Russia as far back as 2019, when he met with his Russian counterpart Vladimir Putin at a Russia-Africa summit.

The Nigerian ambassador to Russia at the time said Buhari felt Russia could help defeat the Boko Haram Islamic insurgency in the northeast of the country, which remains a major problem.

“The Agreement on Military-Technical Cooperation between both countries provides a legal framework for the supply of military equipment, provision of after-sales services, training of personnel in respective educational establishments and technology transfer, among others,” the Nigerian embassy said in a statement.

It described the pact as a landmark development in bilateral relations between Abuja and Moscow.

Nigeria already uses some Russian fighter jets and helicopters, alongside military equipment purchased from Western powers such as the United States.