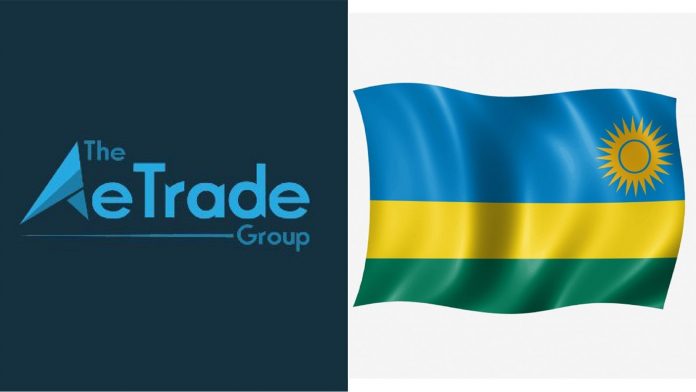 Rwanda has won the bid to be Headquarters for SOKOKUU, an African e-commerce platform that aims to enhance the role of small and medium enterprises in inter-continental trade.

The meeting between Rwandan President Paul Kagame, former Ethiopian Prime Minister Hailemariam Desalegn Boshe who is the Patron of The Africa Electronic Trade Group and Mulualem Syoum, the Group’s CEO & Board Chair discussed among other things Rwanda’s role in promoting the group to other African countries.

Sokokuu’s main purpose is to build trade opportunities for small and medium enterprises within Africa and beyond through the internet.

In an interview, Rwanda’s minister of ICT and Innovation, Paula Ingabire said the platform has a target to facilitate at least six hundred thousand traders across the continent in 5 years with a target of uplifting two million traders in 15 years and provide jobs to at least 25 million traders.

“The main focus for the e-platform is to find a way of doing business using the internet to ease access to the market and facilitate quick delivery of goods and services”. The minister said.

The setting up of the e-commerce platform comes at a time when African Continental Free Trade Area (AfCFTA) that began on New Year’s Day 2021still struggles to fully operate after being hampered by the COVID-19 epidemic that leaves many communities isolated.

Big challenges including poor road and rail links, political unrest, and excessive border bureaucracy are expected to be addressed through the E-commerce group.

Minister Ingabire says the opening of the e-commerce platform is a planned move as African countries try setting up policies and reforms that facilitate free trade across the continent.

The platform is a result of a collaboration between the African Union Commission and continental, regional and national bodies in the public and private sectors to digitally enable the implementation of the AfCFTA, thus enhancing Intra-African Trade, SME development and Industrial Development.

“The platform will be useful in bringing about a common e-payment mode for goods and services produced in different African countries breaking away from the many different modes of payment used by individual countries and easy information sharing,” Ingabire noted.

The Sokokuu, a Swahili word loosely translated as a common market, is also expected to help negotiate low-interest loans for small and medium enterprises. It will be useful in transport and logistics currently a challenge to many small business holders in Africa.

Backers say it will boost trade among African neighbours while allowing the continent to develop its own value chains. The World Bank estimates AfCFTA could lift tens of millions out of poverty by 2035.

The African e-Trade Group is a social enterprise initiated by a group of African, multi-stakeholder and multi-talented professionals and entrepreneurs.

“There is a new Africa emerging with a sense of urgency and purpose and an aspiration to become self-reliant,” Ghana’s President Nana Akufo-Addo said during an online launch ceremony.

At its opening, Sokokuu is expected to provide at least 2000 jobs which are expected to increase to 7000 jobs in a near future. Rwanda as its headquarter is gearing for a lion’s share in the platform’s job slots.

The E-commerce platform comes in as Rwanda has been ambitious to digitalize different sectors, its operations will help the citizens be the first beneficiaries of the new innovations.

The meeting also looked at how Rwanda meets the group’s expectations, the requirements for setting up offices and Rwanda’s role in promoting the group to the rest of the continent.

Agreements setting up the headquarters in Rwanda are expected to be signed in the near future focusing on the continental free trade area and how the E-trade group will facilitate the advancement of trade across the continent as its main goal.