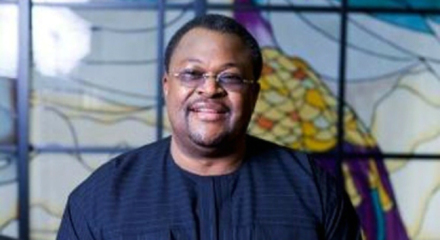 Mike Adenuga, Nigerian billionaire and owner of one of Africa’s largest telecommunications, may be close to extending his telecom business to Ivory Coast as the government of the Francophone African nation has taken over three mobile telecommunications operators that owe taxes and license fees. He plans to buy a stake in the telcos after Ivory Coast completes the merger of all three firms.

“We decided to fuse the defaulting companies to make a single entity that we will restructure and seek a financial and technical partner… to take 51 percent of the new company,” Communications Minister Bruno Kone told journalists on Wednesday.

The affected companies are Green, the local unit of Lebanon-based Comium and Ivorian operator Cafe Mobile, which had been given until May 5 to offset around 90 billion CFA francs ($155 million) owed to the state.

Adenuga’s Globacom had last month been reported to have offered $600 million for cash-strapped Comium whose debts was estimated to be more than $25 million. The Nigerian telco had reportedly planned to buy Comium’s debts and invest over $1 billion in upgrading its 900,000 subscribers-strong network over the next three years. However, the deal did not happen until the ultimatum elapsed.

Although neither the officials of Globacom nor Comium confirmed a bid at the time, the Nigerian telco’s interest has in the new company was confirmed by two officials from operators involved in the merger, according to Reuters. Bharti Airtel Limited has also signified interest. Kone also confirmed that there were offers already.

According to him, the government’s plan was to reimburse the state for revenue lost to unpaid tax whilst ensuring the employees of the three companies do not lose their jobs. The companies control about 6 percent of the West African country’s 22 million mobile subscribers.

Between Comium and Green, there are less than 1.5 million subscribers. The third company in the merger, Cafe Mobile had suspended services last year.

Mobile penetration in Ivory Coast is well above the African average, but the internet and broadband sectors remained underdeveloped for long. There have been some improvement, especially with the launch of LTE services from Orange and VipNet. The telco that takes over the new merger may need to focus on the nascent broadband sector. Already, France’s Orange, South Africa’s MTN and Etisalat’s Moov are market leaders in the Ivory Coast telecoms industry.