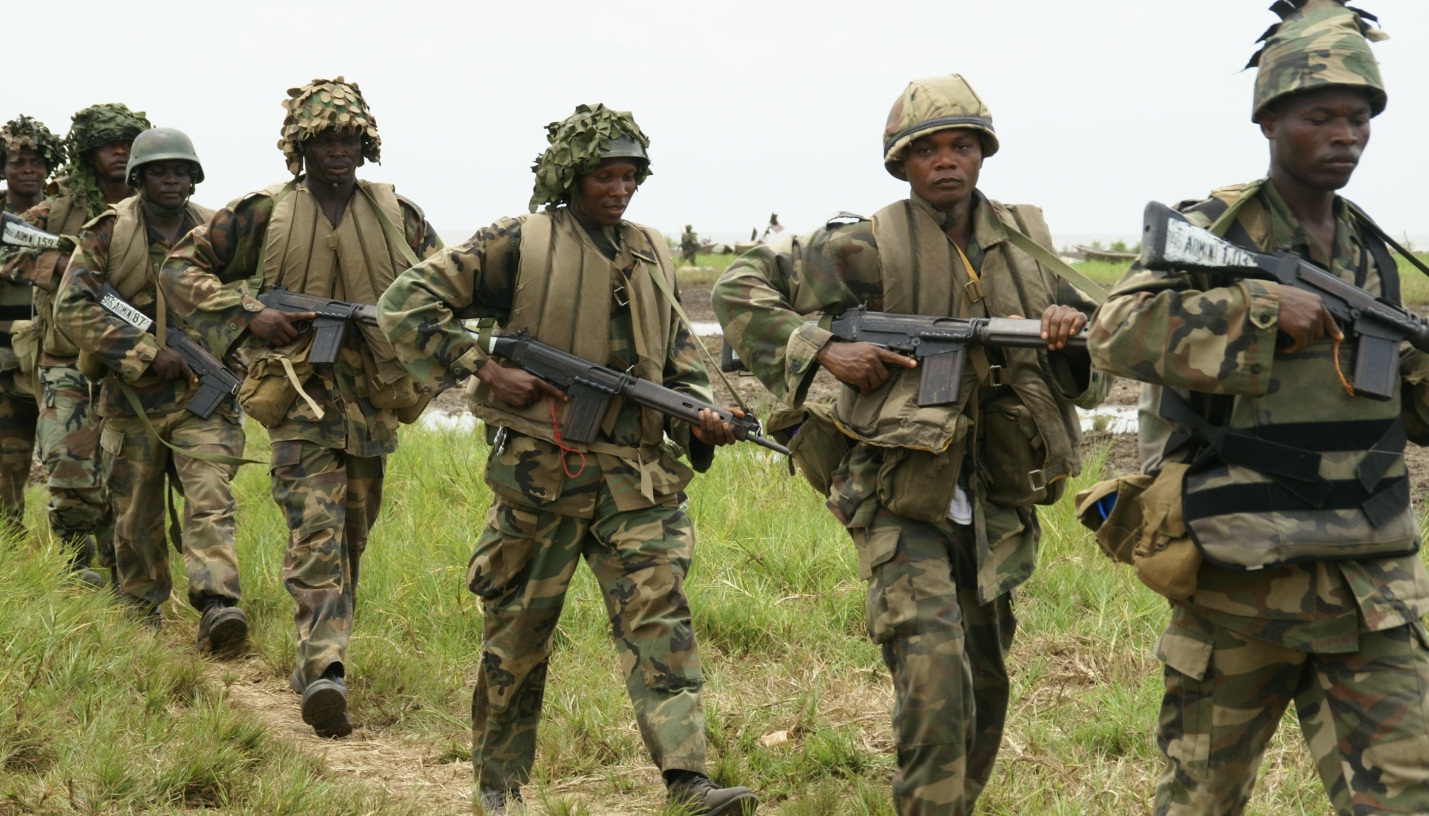 Nigerian troops recently fought Boko Haram in the Lake Chad area, killing 13 of the Islamic extremists and arresting 10 others, including 6 women believed to have helped smuggle supplies to the insurgents, said an army spokesman.

The troops, operating in the Chikun Gudu, Tumbuma Karami and Tumbuma Baba areas recovered three AK 47 rifles and one pump-action rifle, assorted rifle magazines and 306 rounds of ammunition, a tool box, a freezer and a Toyota truck, he said.

In a related development, army troops, acting on a tip off, rounded up 10 suspected Boko Haram smugglers, he said. The suspects, six females and four males, are being investigated to determine the extent of their involvement with Boko Haram, he said.

Since the army regained control of most of the Sambisa Forest area in northeastern Nigeria from Boko Haram in December 2016, Nigerian troops have pursued the extremist fighters in areas where they have fled.

Boko Haram’s violent campaign to seize Nigerian territory to enforce strict Islamic Shariah rule is responsible for the deaths of thousands and has displaced about 3 million people, mostly women and children, since 2009. Thousands have been kidnapped by Boko Haram, including nearly 300 schoolgirls in Chibok in 2015.

Joyous scenes occurred in the capital, Abuja, recently when 82 newly freed Chibok schoolgirls were reunited with their families. Nigeria’s government negotiated with Boko Haram, with help from Swiss officials and the International Committee of the Red Cross, to secure the freedom of the young women from Chibok in return for the release of five extremist commanders.