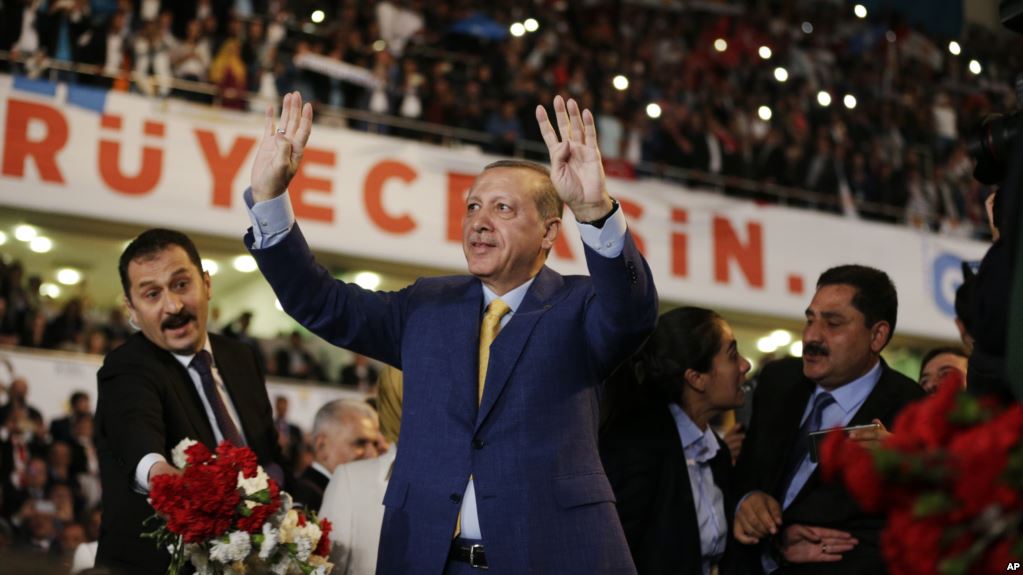 Turkish President Recep Tayyip Erdogan has formally extended the state of emergency declared after a failed 2016 military coup, saying the decree will remain in place until the country finds “welfare and peace.”

Erdogan spoke recently in Ankara to tens of thousands of his followers and members of his ruling (AK) Justice and Development Party, which convened to re-elect their party co-founder to the post.

The state of emergency permits Erdogan and his Cabinet to issue decrees without parliamentary approval or judicial review.

The April 18 vote created a powerful executive presidency that largely sidelines Turkish lawmakers and the office of prime minister. Under the constitutional amendments, Erdogan will also set the national budget and appoint judges to the high court and the constitutional court.

Critics, including prominent human rights organizations, have argued the reforms are tantamount to creating an elected dictatorship. Erdogan and his supporters claim they will create a less cumbersome system of government better able to confront terrorism and a sluggish economy.

Under emergency rule, more than 47,000 people have been arrested and 100,000 others dismissed from public service for alleged connections to U.S.-based cleric Fethullah Gulen.

Erdogan has accused the cleric of fomenting the July 15, 2016, uprising that left more than 260 people dead. Gulen has denied involvement.

Erdogan’s efforts appeared unsuccessful. The Turkish leader also drew sharp U.S. public criticism when, hours after the White House visit, he was shown outside the Turkish embassy in Washington standing by as his bodyguards assaulted protesters opposed to his rule.