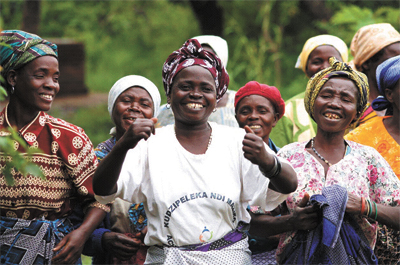 In line with women empowerment and entrepreneurship, the Central Bank of Nigeria (CBN) has earmarked 60 percent (N132 billion) of its N220 billion Micro, Small and Medium Enterprises Development Fund (MSMEDF) to women entrepreneurs in the country.

Speaking at an organised workshop on the scheme in Ilorin, Kwara State; CBN Governor – Mallam Lamido Sanusi, who was represented by the Branch Controller, CBN Ilorin, Mr Onoriode Olotewo stated that “the specific objective is to reach over 2.0 million MSMEs over a 10-year period. In addition, 60 percent of the fund is targeted at women entrepreneurs.”

The Central Bank of Nigeria launched the MSMEs fund in August 2013 to provide the much needed capital for that sub-sector of the economy with the view of channelling long-term, low-interest funds through participating financial institutions.

The fund, which was launched at the 7th MSME financing conference and D-8 workshop, in Abuja last year, would address challenges of access to capital operators in the sub-sector were facing currently.

“The successful intermediation of the financial sector lies in the financial market to integrate the micro entrepreneurs, with low income earners, farmers, artisans into the financial system to improve the effectiveness of the policy” Sanusi had said during the initial launch of the fund.

As at 2012, Nigeria had about 8 million MSMEs employing about 42.4 million people and contributing about 46.5 per cent of nominal GDP.

Meanwhile, Olotewo said the sensitisation workshop was organised to educate the State government, the participating financial institutions and the organised private sector on the advantages of the funds.

In his remarks, the Deputy Speaker of Kwara State House of Assembly, Prof. Mohammed Yisa, appealed to the CBN to make the criteria for accessing the fund less cumbersome for stakeholders and also ensure timely disbursement of funds.