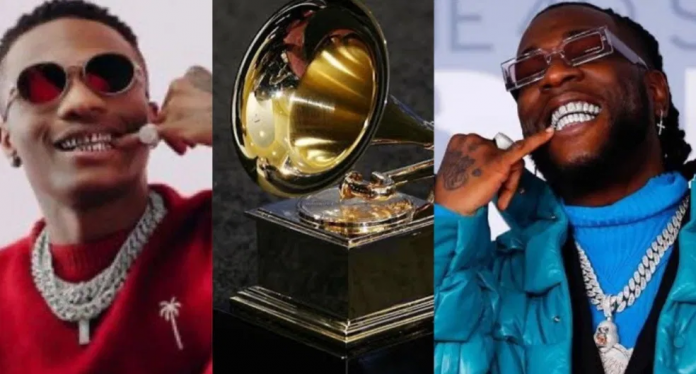 Nigeria’s Burna Boy and Wizkid have made Africa proud by emerging as winners in two separate categories of the Grammys, with Burna Boy winning the Best Global Music Album category while Wizkid won the Best Music Video for his song with Beyoncé; Brown Skin Girl, from Lion King: The Gift album.

Wizkid won the award alongside Beyoncé and her daughter, Blue Ivy, while the Best Music Video award is given to the artist, video director and video producer.

Nominated for a second consecutive year, Burna Boy, whose real name is Damini Ogulu, won with his Twice As Tall album which is seen as many to be iconic. The 29-year-old beat four others including the Malian band, Tinariwen.

The 63rd Grammy Awards ceremony billed as “music’s biggest night”, was done differently this year because of the coronavirus pandemic as there is no audience, and performers have been separated onto five stages, arranged in a circle inside the Los Angeles Convention Center to maintain social distancing.

This sets Africa on the global stage with a representation of the rich flow of Afrobeats which the continent is blessed with. In winning the Grammys, Burna Boy and Wizkid join other notable African artistes like Sade Adu and Angelique Kidjo to stand on the grand stage.