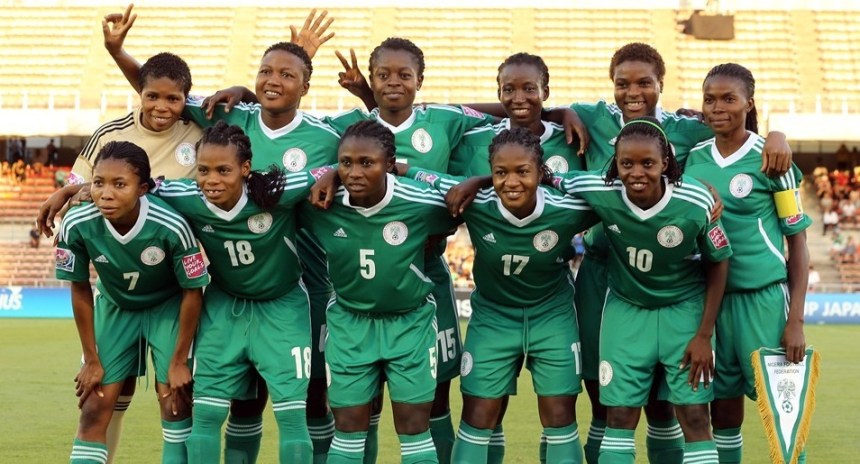 Nigeria’s Falconets have qualified for the quarter-finals of the 2018 FIFA Women’s World Cup in France. They played out a 1-1 draw with China in their final group game played at the Dinan-Lehon Stadium.

This is the seventh time the Falconets have reached the quarter-finals of the tournament.

Individual effort from Zhang Linyan gave China the lead in the 41st minute after she skipped past two Falconets defenders before sending the goalkeeper, Chiamaka Nnadozie the wrong way. Rasheedat Ajibade tapped in a cross in additional time to send the Falconets through to the final eight of the tournament.

Falconets’ Peace Efih was denied a goal from close range after her shot was saved by Xu Huan in the opening stages of the game. China also had two good chances in the first half with Shen Mengyu denied by the crossbar with a shot and Wang Linlin headed wide a cross from Zhao Yujie.

In the second half, the Chinese team was more solid in defending denying the Nigerian side a chance at goal. The Chinese team also came close to adding a second in the 85th minute when Yujie’s shot was parried.

In the other group game, Germany defeated Haiti 3-2 to seal top spot in group D. Germany won the group with nine points while Nigeria finished second with four points from three games and a superior goals difference over China who came third. Fourth placed Haiti recorded no points after three games.
Nigerian Falconets will face the winner in Group C, Spain on the 16th of August.