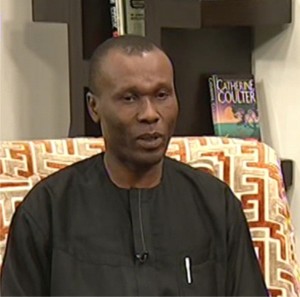 The Minister of Niger Delta Affairs, Pastor Usani Uguru Usani has urged the National Assembly to speed up the passing of the Petroleum Industry Bill, which has lingered for too long in the National Assembly.
He said early passage of the bill would have addressed the plights of the oil and gas producing communities in the country. Pastor Uguru said this in Abuja on Friday at a meeting with the executives of the Host Communities of Nigeria Producing Oil and Gas (HOSTCOM).
“I am reasonably concerned about the provision of the politics of the nation, which is influenced by religion and tribe. This has made the passage of the bill to drag for too long”, he stressed.
He reiterated that the federal government feels the pains of the people of the region and will leave no stone unturned in addressing their sufferings.
On gas flaring, he said “those who suffer the effects of gas flaring are not only within Niger Delta region even though the people of Niger Delta feel the impact most. We are consulting on the clean-up of the area with relevant authorities”.
He urged HOSTCOM to support government in checking oil theft and the vandalisation of oil and gas installations which should be done with probity and sincerity.
The Minister also called on the association to take the youth of the region along in all its deliberations with the Federal Government which is interested in directly communicating with the grass root.
In his remarks, the National Chairman of HOSTCOM, Chief (Dr) Alfred Bubor,JP, referred to the latest United Nations Development Programme report on the pace of development of the Niger Delta region which indicated that all intervention agencies, established to develop the region “had failed”.
He added, “one government sponsored agency after another come and go without any significant changes in the lives of the people or the quality of their environment”.
Bubor said that the people of the communities where oil and gas are produced have never participated in or felt the impact of these intervention agencies which he said, ‘have always been designed by politicians and government officials for their selfish gains’.
In her remarks, the Permanent Secretary, Ministry of Niger Delta Affairs, Wakama Belema, said that the Ministry has been making efforts to ensure that oil and gas producing communities feel the presence of government in their lives.
She listed some of the various projects and programmes of the Ministry in the region which are being implemented to ameliorate the sufferings of the people of Niger Delta. The projects include the construction of skills acquisition centres, housing schemes, electrification of rural communities, road and water supply projects.