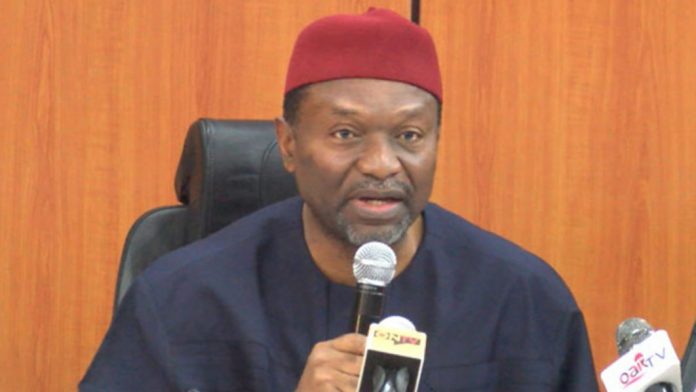 Senator Udo Udoma, Nigeria’s Minister of Budget and National Planning, has controverted the International Monetary Form’s statistic, which pegged Nigeria’s economic growth in 2019 at barely 2 percent. The Minister said the country’s economy will grow by 3.01 per cent in 2019.

In January, the IMF’s World Economic Outlook Update, published Nigeria’s economy is projected to expand slower in 2019 by 2 per cent than the previous 2.3 percent predicted against the backdrop of the recent drop in global crude oil prices.

According to the Minister, with the improved coordination of fiscal and monetary policies, exchange rate stability, improved oil export earnings and capital inflows, as well as the continuation of the current prudent management of foreign exchange reserves by the Central Bank of Nigeria, the country’s inflation rate is expected to trend downwards a single digit of 9.98 per cent in 2019 from 11.44 per cent recorded in December 2018.

“Government is committed to growing the economy, and accordingly the 2019 Budget Proposal has been designed to continue to provide the stimulus and support required to spur growth in the economy,” he said.

The minister noted that although the current real GDP growth performance is still a little sluggish, adding that the country was recovering from a recession, he stated that it indicates a positive momentum, especially with regards to the growth of the non-oil sector.