African Leadership Magazine
Home Editorial In Year of Elections, Will African Countries Get the Investor vote? 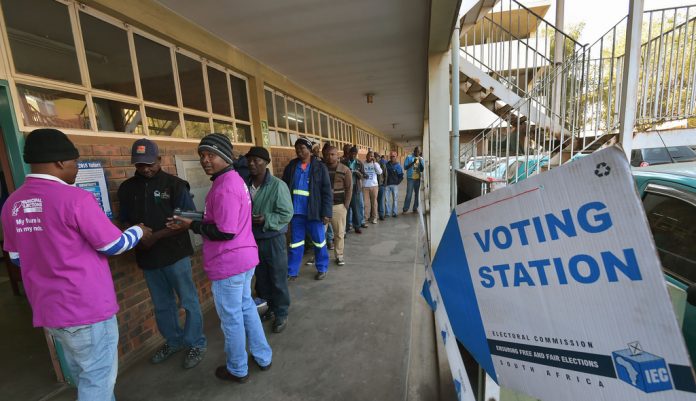 The world, including investors, will keep a close eye on the various national elections to be held in Africa this year. The lead up and aftermath of national polls usually comes with uncertainty, something which investors tend to avoid if possible.

National elections have recently been completed in the Democratic Republic of the Congo (DRC) and there are upcoming elections in South Africa (May) and Nigeria (16 February). Other African nations heading for national elections include Senegal (24 February), Malawi (May), while citizens of Botswana, Mozambique and Namibia will head to the polls in October.

For investors who have been active in the mining sector in many of these countries, after the elections it will be a matter of assured continuity and stability, both from a political and legal perspective, for them to keep investing.

In a number of African countries, the mining sector has been hampered by significant challenges and change and uncertainty has been prevalent, as seen in new regulatory requirements and policies in countries such as the DRC and South Africa. Commodity price volatility has added to these challenges.

As a result, corporates and investors have increasingly looked to alternative funding solutions to plug the liquidity gap and provide an attractive yield.

In the DRC, alternative funding options, such as credit facilities from debt funds, and private placements (such as issuance of bonds by a limited number of investors or issuance of high yield bonds) are already frequently used across the mining sector.

In Rwanda, because of the economic situation, mining companies will inevitably be looking for alternative financing and the government is encouraging nationals to invest in the mining sector.

In the DRC a new Mining Code was promulgated on 9 March 2018 and provides for material amendments, including reinforcement of local content requirements and an increase in the royalty rate due to the state when selling minerals. There is also a reduction of the tax regime attractiveness with the introduction of two new taxes: the “50% super profit tax” and the “capital gains tax”, which is due when shares are transferred.

Existing mining projects will directly and immediately be subject to the new provisions. In this respect, major mining companies have threatened to bring proceedings over the New Mining Code before the International Centre for Settlement of Investment Disputes.

In DRC, the new president, although from the former “hard opposition”, will have very limited actions, as the parliament remains within the control of the former president amidst widespread allegations of electoral fraud.  Should the situation remain as such, the mining environment should not be fundamentally different over the next years.

Rwanda is interesting as the mining sector is one of the top priorities of the Government. The new Rwandan Law of 13 August 2018 on mining and quarry operations has the objective of stabilizing the mining sector and attracting more investors.

In addition, the mineral reserves have been underestimated. Mining in Rwanda is the second largest exporter and was last year one of the main contributors of the country’s gross domestic product (GDP). It is expected that it will at least remain the same for this year.

Rwanda has liberalized its economy, allowing the private sector to be the engine of growth and wealth creation.

In South Africa political and regulatory uncertainty will continue in the lead-up to local elections and will impact on long term investment decisions in the mining industry. The land debate will also continue and create a level of policy uncertainty, as it impacts significantly on the mines.

However, the finalization and gazetting of Mining Charter 3 and the withdrawal of the Minerals and Petroleum Resources Development Act Amendment Bill have had a positive impact on market sentiment and have provided a level of stability for the industry. The publishing of the Charter took longer than was promised, but the outcome was positive, as there were proper consultations and consideration of the comments received.

Investing in mining projects in Africa requires a deep understanding of both the regulatory and political climate in that country and the potential impact of the global economy on that industry and country.

At a country level, investors are looking for stability, certainty and how elections may impact this and their ability to exit.  At a global level, investors looks at how financial market volatility, trade tensions and geopolitical factors could affect any investment.

Investment opportunities lie not only in mining itself but in the related infrastructure, energy and technology needs of this sector in each country and investors are increasingly looking at investing for impact.

Governments, corporates and investors working together with a long term, holistic view could open up investment opportunities that have far-reaching positive impacts across the continent.