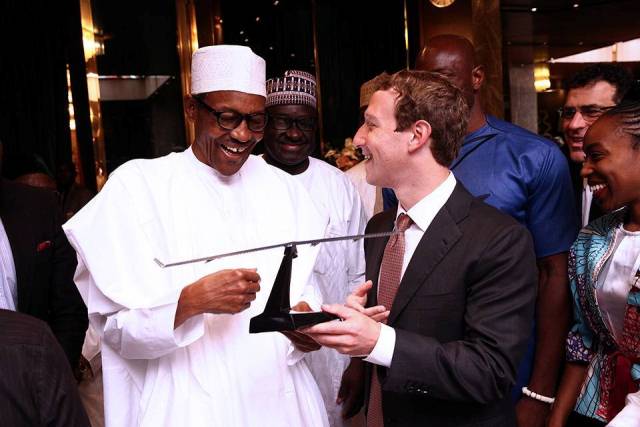 Nigeria has a growing technology scene full of ambitious young entrepreneurs who are seeking out solutions to various social challenges.

There is Angel Adelaja, the CEO of Fresh Direct Nigeria, which specializes in urban farming to meet Nigeria’s dependence on importing food products.

“We take a 20-foot container that you would put a car in to ship, and we fit it with hydroponic farming technology and we farm vertically, so we’re using as much space as we can in the system,” she said.

Adelaja is a Nigerian American who recently returned to Nigeria to cater to the expanding class of nutrition-conscious urbanites.

“We are growing premium produce — vegetables, cabbage, lettuce — so many different things inside the containers,” she said.

And there is Ifedayo Oludapo, founder of Grit Systems Engineering, who is trying to amass data on electricity consumption and production. GRIT Systems manufactures an energy device for users to monitor their various energy sources.

“There’s an incredible amount of waste,” Oludapo said. “We spend $11 billion each year fueling generators — that’s 4 percent of our GDP, and that doesn’t even cover the cost of maintenance.”

And there’s also Emma Okena, CEO of Tracology. Okene and his team created a barcode that will be posted on people’s front gates, so garbage men know whether a customer has paid for the trash to be picked up.

“Once the utility provider comes to the house, all he has to do is scan this barcode and he knows in real time whether you have paid for that waste or whatever service he wants to offer you,” Okene said.

Last week, Okena, Oludapo and Adelaja competed with 27 other young entrepreneurs for a chance to pitch their startup companies to the Nigerian president.

Okena’s Tracology was selected, along with two others, for the chance to meet President Muhammadu Buhari and Vice President Yemi Osinbajo.

Okena won a cash prize of more than $8,000 from telecommunications company Airtel, an event sponsor.

“It has been humbling and we are very grateful,” Okena said. “The president was so impressed that Nigerians are thinking out of the current crisis, economic recession we have, making sure that we can generate revenue.”

The Nigerian economy slid into a recession last week for the first time in more than 20 years. By supporting tech businesses, the government hopes it might be able to spark economic growth.

Last week’s pitch event kicked off with a lot of fanfare, and with tech celebrity Mark Zuckerberg of Facebook.

Zuckerberg listened to the winning pitches from the startup owners and said he was reminded of when he first started building Facebook.

“This trip has really blown me away by the talent of the entrepreneurs and developers in this country, and by the focus on building something that is going to make a difference and going to make a change,” Zuckerberg said, while on stage at the presidential banquet hall. “I think if you keep on doing this, you are not only going to change Nigeria or Africa, but the whole world.”

Success, though, can hinge on support, and Nigeria’s young people say they need more cooperation from the government to overcome the numerous bureaucratic challenges.

Bunmi Otegbade, managing director of Generation Enterprise, one of the most popular incubator companies in Nigeria, says working with the government is hard, but pays off.

Collaborating with investors, Generation Enterprise came up with the idea of helping 30 young entrepreneurs compete to pitch their business ventures to the Nigerian president. The government backed the idea.

“The youth enthusiasm in this country, their can-do spirit, their sheer force can energize the whole nation,” Vice President Osinbajo said. “Huge gaps and disparities still exist. So our concern is about creating more equality, more opportunity in education, to level the playing field so that more young people can get a clear chance in life.”

Lagos is the country’s tech hub, but Abuja is developing its own tech scene, with public work spaces and incubators to help young people who have business ideas.

Ventures Platform is Abuja’s newest incubator. It runs a program to coach and mentor startup owners, while offering work spaces equipped with WiFi.

“What we’re trying to do is develop that culture, nurture it from birth, to make people understand that you don’t have to travel all the way to Lagos,” said Nkisan Udoma of Ventures Platform.