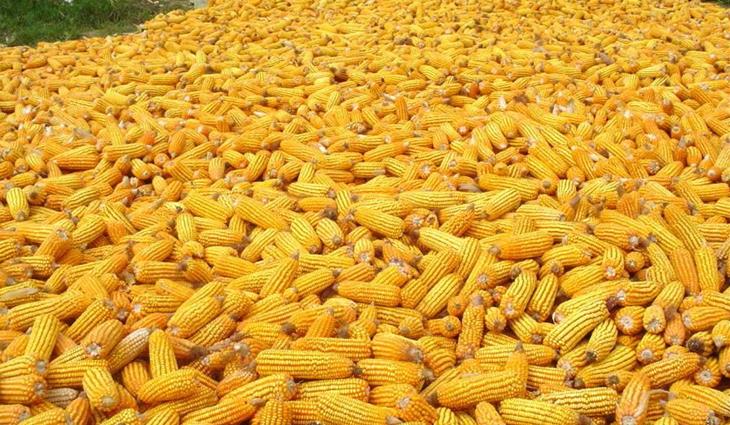 Lower harvests of maize, wheat and sugarcane as a result of severe weather in the region are pushing up prices for Zambia’s staple foods, according to the country’s Ministry of Agriculture.

The Zambia National Farmers Union said erratic weather, including late rains at the start of the season, drought in many areas and heavy flooding in some parts of the country, have all hit food production.

“Most of the farm inputs (such as seeds and chemicals) in this country are imported. That, combined with drought conditions, is pushing the cost of staples high,” Kingsley Kaswende, a researcher for the union, told the Thomson Reuters Foundation in an interview.

Shifting weather patterns and changing rainfall mean farmers are struggling to keep production high. Most will have to change their farming patterns “to move with the shift”, he said.

In April, the U.N. Food and Agriculture Organization estimated that southern Africa’s maize harvest for the 2015/2016 season will be 15 percent lower than the average for the last five years.

In Zambia, maize production fell from 3.3 million tonnes in the previous harvest to 2.6 million tonnes this year, according to the agriculture ministry.

The average harvest per hectare for maize has fallen by 26 percent since last year, from 2.36 metric tonnes to 1.75 metric tonnes, ministry figures show.

In April, Zambia’s government imposed a ban on the export of maize and maize products to similarly drought-hit neighbouring countries including Malawi, the Democratic Republic of Congo and Zimbabwe.

The country’s stores of wheat also are likely to be 59,000 metric tonnes short of demand before the next harvest, according to the Millers Association of Zambia. Sugar production similarly has declined from 424,000 tonnes last year to 380,000 this year, according to Zambia Sugar Limited, the country’s main producer.

Zambia’s Central Statistical Office said inflation in August was running at nearly 20 percent, in part as a result of higher food prices.

A 25-kilo (55-pound) bag of mealie-meal, the country’s ground maize staple, which cost about $5 in February now is selling for as much as $12 in some parts of the country.

The Zambian office of the Consumer Unity and Trust Society, an international consumer advocacy group, has called for the government to tackle high food prices by lowering import tariffs on fertiliser and seeds as well as reducing taxes on most cereal crop products.

A more permanent solution to worsening extreme weather – particularly drought – in southern Africa may lie in shifting away from maize and wheat as staple crops and adopting drought-resistant traditional alternatives such as millet, sorghum and cassava, said William Chilufya of Hivos International, a Dutch-based non-governmental organisation working on issues including climate change and sustainable diets.

“If our maize production is failing because of those weather conditions, is it the only crop we can grow in this country? Can’t we go back to millet and other traditional crops?” he asked. Such alternatives “are climate-friendly, cheaper to produce and nutritious”, he said.

Governments need to start promoting crops that can withstand harsher conditions brought on by climate change, he said in an interview with the Thomson Reuters Foundation.

“We are tampering with the health of people if this is not addressed,” he said.