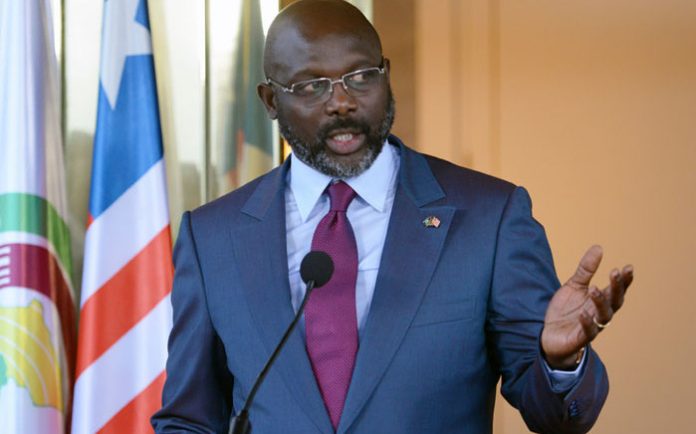 The President of the Republic, Dr George Manneh Weah, is calling on Liberians to demonstrate genuine love and concern for each other by espousing the virtue of humility and service to mankind.

He said one of God’s major instructions is for his children to care for each other, particularly the least amongst them.

Recalling his transformation from the squalor of Liberia’s slum to national and international nobility, President Weah sermonized that humility, respect, service to humanity, tolerance, and a good heart for fellow human beings are the best virtues mandated by the Almighty for the whole of the mankind.

The President said he strongly believes that life is worth its real and genuine meaning when people, mostly those blessed and favoured by God, humble themselves and continue reaching out to those in dire need of help.

The President made the comments following his crowning as “Father of the Year” on Sunday, June 26, 2022, by the Forky Klon Jlaleh Family Fellowship Church Incorporated in recognition of his “impressive service to God, nation, and humanity spanning several years”.

According to the Liberian Chief Executive, the provision of service to mankind and humanity must be accompanied by respect for others, understanding, humbleness, exemplary good behaviour, and commitment to cause.

All of these characteristics, President Weah said, will impact Liberia very positively as it strives to overcome division, hate, and undermining. He stressed also that humbleness and service to humanity are important cornerstones in the realization of one’s desires and goals.

The Crowned Father of the Year told enthusiastic Congregation that his life—his climbing of the ladder of success—is a classic example of discipline, appreciation, perseverance, and altruism.

The President called on Liberians to always demonstrate the spirit of appreciation for whatever service they are provided in pursuit of prosperity.

He bemoaned unpatriotic acts against the country and people and chided those calling for sanctions on Liberia to subject Liberians to economic hardships and eventually derail every progress the country has made.

President Weah however urged those wishing evil for the country to transform their sword of hate and destruction into good in the general interest of the people.

He also called on them to undertake ventures that complement the Government’s gains, rather than creating conditions that could plunge the country into the whirlpool of socio-economic and political uncertainty.

The Liberian Leader said he was proud of his government’s quantifiable infrastructural development footprints in its four-year stewardship, and wondered why some Liberians are blaming his administration for what the country didn’t realize in more than 170 years of existence.

He promised more aggressive infrastructural developments in the coming years, mainly in his second term when he gets their mandate again.

The June 26 service was attended by throngs of government officials, friends, and well-wishers at which time the Church recounted the President’s remarkably selfless nature as a humanitarian, father, and humble public servant who rose from a humble beginning.

The Church said President Weah’s Christian upbringing, guarded by his grandmother in the slum of Gibraltar propelled and underpinned his generous deportment towards his fellow human being.

The Congregation recalled how before assuming the leadership of the Republic in 2018, the Crowned Father of the Year showed enormous selflessness in the service to humanity, providing immeasurable overtures to dozens of Liberians in and out of the country in the field of education, business empowerment and other opportunities to harness their potentials.