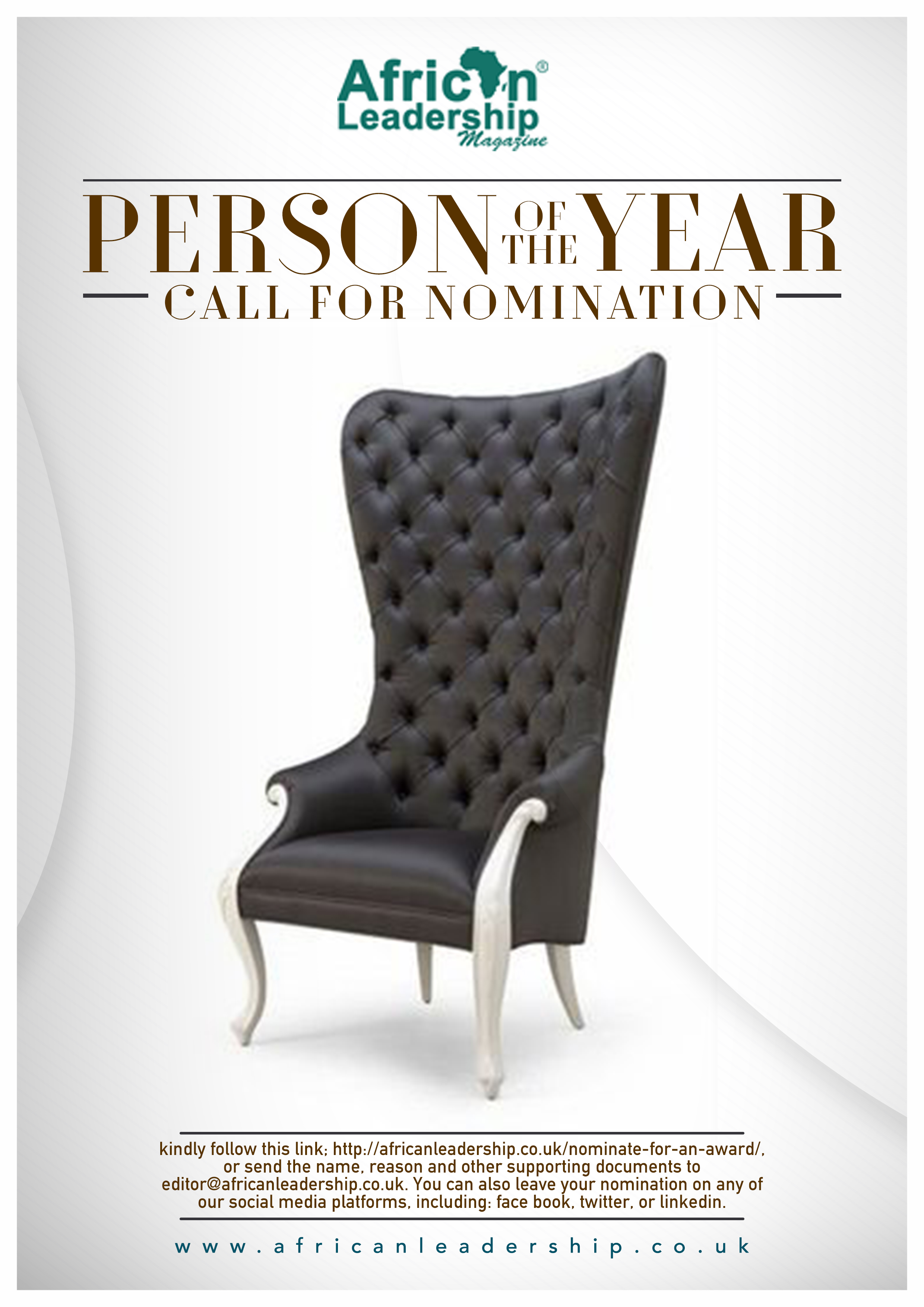 Who is your African Hero and Leader of Choice for the Year 2017? Is he or she breaking setting records in service to humanity, impacting society, and making our World a better place? Does he or she deserve to be the ideal Person of the Year in their diverse callings – inspiring future generation of African leaders?

This recognition is open to an African whose actions has greatly impacted the continent positively in the year under review and helped shape his or her immediate society and continues to inspire globall.

This recognition is open to an African woman who has defied the odds, risen above the patriarchal systems in the continent to positively affect the continent or influence women to aspire forexcellence in various fields.

This recognition is open to an African, whose contribution to the growth of education and deepening knowledge has been second to none in the year under review. It is also reserved for a member of the academia whose research or policy has contributed in shaping his or her country’s economic growth and development

This recognition is open to an African, whose actions, policies and business has helped in creating jobs for Africans in the year under review

This recognition is open to an African, whose contribution has immensely contributed in deepening democracy and democratic values in the continent.

This recognition is open to an African, who has given more to support charitable cause, social justice and promote social good.

Criteria: Must be between the ages of 18-38; Young persons of African descent, making a difference globally via diverse sectors such as business, IT, entertainment, sports etc,  remaining a positive role model and re-defining creativity, resilience; hard work and ingenuity of the continent’s young people

As our greatest stakeholders, our subscribers, followers and partners reserve the first right of in the selection process, which will culminate into who would eventually emerge the winners of the prestigious African Leadership Magazine Persons of the Year 2017.

Nominations are open to Africans and friends of Africa, and nominees can be business, political, or community leaders, who have contributed immensely to Africa and her people

Nominations may be sent via our Facebook messaging, email to nominations@www.africanleadershipmagazine.co.uk; hard copy letters/sudmissions to our UK Head office (The 2017 Selection Committee, African Leadership Magazine, Portsmouth Technopole, Kingston Crescent, Portsmouth PO2 8FA, United Kingdom) or by posting directly on our social media platforms (for our social media followers only); or on our website by following this link; https://www.africanleadershipmagazine.co.uk/nominate-for-an-award/

Nominations will be reviewed by the selection committee and the Editorial board; and a shortlist of nominees would be unveiled after an assessment and verification of claims and submission. Nominations closes on Tuesday 5 December 2017 at midnight Central African time.The winners of the 2017Persons of the Yearshall be