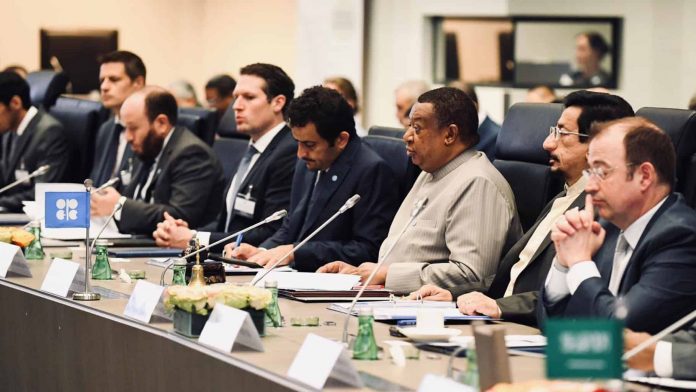 Oil prices jumped today as traders betted OPEC would extend production cuts. Signs of a truce in U.S.-China trade tensions also helping. An end to their spat could help revive global growth and oil demand. The crude producers’ cartel is meeting this week in Vienna.

In cooperation with ally Russia, it’s been reducing output since 2017 in a bid to prevent prices from falling. Now it looks all but certain to maintain current limits until at least the end of the year. International benchmark Brent Crude jumped two percent following the news. Iran-U.S. tensions one big X factor though.

A fifth of the world’s crude – about 17 million barrels per day – flows through a shipping lane just two miles wide. U.S. production poses another big question. Washington isn’t a member of OPEC, but the country is now the world’s biggest oil producer. The OPEC production curbs were partly spurred by surging U.S. output. Another sign that these days, even the Saudi-led club doesn’t get to dictate global oil prices.