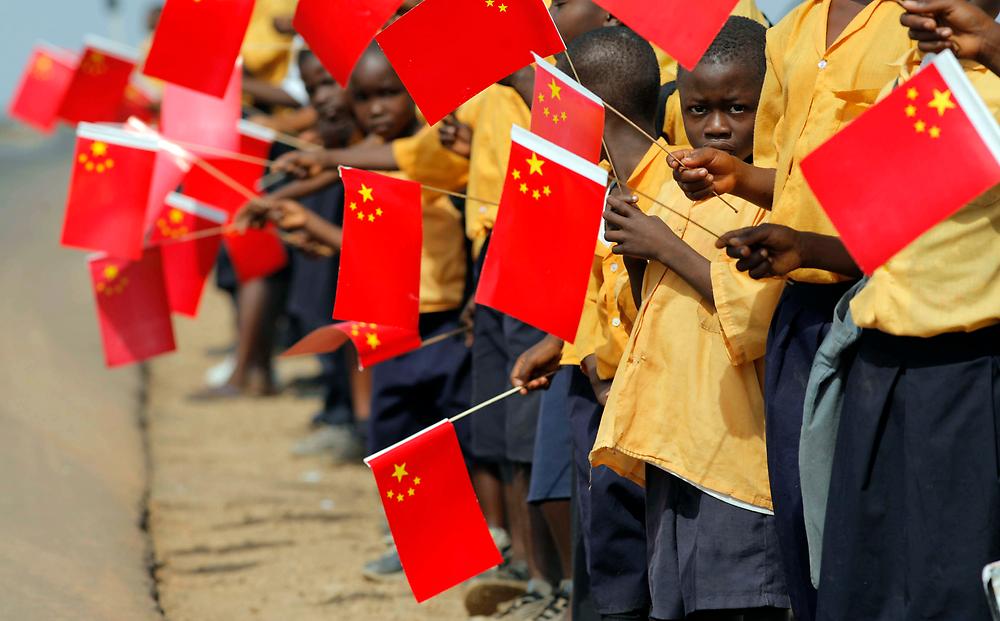 China was the first country to provide emergent aid for Ebola-hit countries after the outbreak of the virus in March 2014 and constructed Kenya’s first railway after its national independence, and the first highway in Uganda. China has been Africa’s largest trading partner for nine years in a row.

The handshake between China and Africa, which carries the dreams and welfare of 2.6 billion Chinese and Africans, has drawn attention from the whole world.

Namibian President Hage Geingob hailed China as a sincere partner and friend of Africa, saying that China has never colonized or plundered Africa and it has always treated other countries equally.

China supported the courses of justice of African countries in history, and continued to help their development now, the president added.

Even the western media who are always harsh on China admit that Chinese image in Africa is better than many Westerners.

German Chancellor Angela Merkel also said that the package of plans China could offer in economic cooperation with Africa is better.

As a matter of fact, the economy is not the only sector that benefits from China-Africa cooperation. British scholars have found that Chinese-built standard gauge railway connecting Mombasa and Nairobi has not only created 46,000 jobs for Kenya but also trained its first batch of female drivers.

Many female farmers or housewives in Ethiopia now have a better career future after employed by Chinese projects.

These facts constitute an epitome of the dramatic changes brought about by China-Africa cooperation.

Both China and Africa are now standing at the key stage of development and will continue to be so in the future. Africa is accelerating its modernization drive in a hope to realize economic independence and sustainable growth, while China is committed to comprehensively deepening reforms and speeding up economic restructuring.

Both sides, whose development strategies are highly complementary to each other, will be presented with unprecedented opportunities brought by co-construction of the Belt and Road.

At the same time, China and Africa need to do more amid the changing international situation, so as to ensure a justified, fair and representative global governance system that is more abreast with today’s world political environment.

It is believed that the Beijing summit will once again underline the strong vitality of China-Africa solidarity and cooperation, boost the sound development momentum of developing countries, pool global righteous forces upholding peaceful development, and propel the building of a community with shared future for mankind by taking the chance of constructing an even closer community with a shared future for China and Africa.