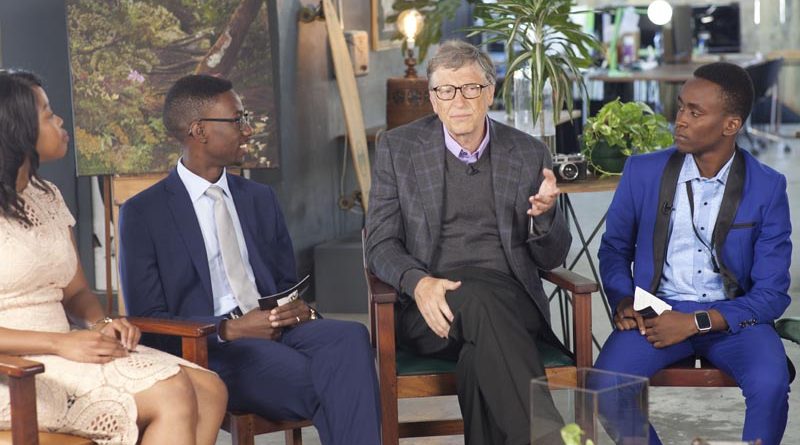 Decades of progress in the global war against poverty could stall as population growth surges in some of the world’s poorest regions, the Bill and Melinda Gates Foundation warns in a new report that calls for boosting investments in health and education in Africa.

The annual Goalkeepers Data Report tracks progress across the globe on 18 of the United Nations’ Sustainable Development Goals, including child and maternal deaths, access to contraceptives, malaria rates and sanitation.

Timed for release as world leaders convene at the United Nations General Assembly in New York this week, the report also is released as First Lady Melania Trump prepares for her first trip to Africa next month. Her visit could be a valuable assist, Bill Gates told reporters on a conference call.

“It’s fantastic when we can get as many of the people who are thinking about these issues, who can bring visibility to these issues, to visit Africa,” said Gates, who noted that the first lady’s visit comes on the heels of recent tours by German chancellor Angela Merkel, British Prime Minister Theresa May and French President Emmanuel Macron.

“Whenever these trips are taking place we do our best to make sure that some of the challenges and some of the progress gets highlighted,” Gates said.

The foundation report argues that gains in lifting millions out of persistent poverty in China and India could be eclipsed by burgeoning birth rates in the poorest countries, particularly in sub-Saharan Africa.

“The world’s priority for the next three decades should be a third wave of poverty reduction in Africa,” Bill and Melinda Gates write in the report. “To continue improving the human condition, our task now is to help create opportunities in Africa’s fastest-growing, poorest countries.”

According to the report, the continent’s population is projected to nearly double in size by 2050. More than 40 percent of the extremely poor will live in just two countries: Democratic Republic of the Congo and Nigeria.

Trump’s Africa visit will be her first solo international trip. The White House has not yet announced her itinerary, but Trump said in a written statement that she’s interested in learning about the issues that confront children living on the continent. She said she also looks forward to highlighting successful humanitarian work and development programs.

The first lady, who has sought to highlight the well-being of children, plans to travel without President Donald Trump, who was roundly criticized for using the word “shithole” to refer to several countries, including some in Africa.

SInce its launch in 2000, the foundation established by the Microsoft founder and his wife has invested more than $15 billion in projects relevant to Africa. The foundation has also been active in Central and South America and the Caribbean, including supporting efforts in Haiti to combat tropical diseases such as lymphatic filariasis, commonly known as elephantiasis.

Gates said he is optimistic that the world can continue to make gains, despite dire warnings in the report.