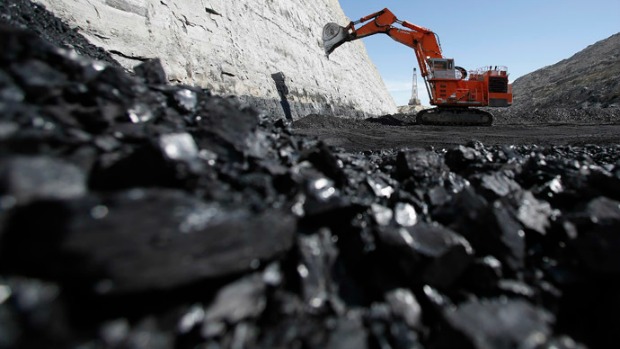 The gold sector wage negotiations have taken centre stage in mining circles this week, detracting attention from the upcoming coal sector talks scheduled to start on July 2. According to this StatsSA article, coal has leapfrogged gold as South Africa’s most important resource, contributing more to GDP. As the resource has become critical for electricity generation in SA, a protracted coal mining strike could leave the economy in a worse off state than if the gold sector negotiations had to turn sour.

Percentage contribution of sales per mineral to total sales

Xavier Prévost, senior coal analyst at XMP Consulting, shares this sentiment saying that coal was the top contributor to GDP in 2014 with R101.5 billion in revenue. Gold was at R46.8 billion, behind Platinum Group Metals (PGM) and iron ore, which generated R77.5 billion and R58.7 billion in revenue respectively.

“Coal [is the most important commodity for the future of South Africa’s economy] because it is our source of energy. Without it the whole country will be paralysed, including the gold, iron ore and PGM mines,” says Prévost.

The upcoming coal sector negotiations therefore should not be overlooked, especially given that the industry is facing tough challenges of its own, all of which could have an impact on the outcome.

Talks of coal being declared a ‘strategic resource’, and the carbon tax are examples of proposed legislation that would be a major blow to the industry if ratified. And, according to Prévost, this has largely resulted in the lack of investment in coal mines. Considering this as well as the global coal glut, and low demand that is keeping prices very low worldwide, the coal wage negotiations could be expected to be anything but smooth.

Solidarity chief negotiator Gideon du Plessis says the coal industry is enduring a difficult period but he says it’s in slighter better shape than gold is.

However, while Solidarity will be looking to secure a deal that is best for both its members and the sustainability of the industry, he fears the new entrants will intensify union competition at the expense of the industry’s other stakeholders.

He says the Association of Mineworkers and Construction Workers Union (AMCU) recently applied for inclusion in the negotiations and could use the opportunity to try and grow it’s membership by making big demands.

“AMCU is the leading union in the platinum sector, but in coal and gold it doesn’t have many members… And, given the dynamic it has with the National Union of Mineworkers, this could lead to them raising demands to avoid being outdone and losing members to AMCU,” said Du Plessis, who added that the National Union of Metalworkers of South Africa had also applied for inclusion in the wage talks.

This means the intra-union politics, which is often a side show during these talks, could potentially be a big distraction in the upcoming negotiations. And if that happens, the gold sector wage negotiations might become the least of our worries.