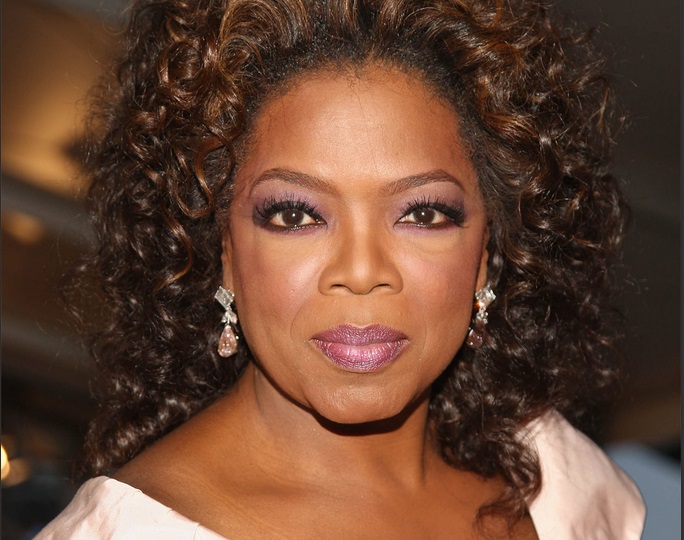 She’s known as the Queen of All Media. She’s lived the ultimate rags to riches story, starting from poverty and eventually amassing a net
worth in the billions. She’s a talk-show titan turned actress turned producer turned network executive. It seems there’s nothing Oprah Winfrey can’t do.

But there is one thing she’s not exactly looking forward to doing: turning 60.

Media giant Oprah Winfrey was born in the rural town of Kosciusko, Mississippi, on January 29, 1954. In 1976, Winfrey moved to Baltimore, where she hosted a hit television chat show, People Are Talking. Afterward, she was recruited by a Chicago TV station to host her own morning show. She later became the host of her own, wildly popular program, The Oprah Winfrey Show, which aired for 25 seasons, from 1986 to 2011. That same year, Winfrey launched her own TV network,

“The whole point of being alive is to evolve into the complete person you were intended to be.”

American television host, actress, producer and philanthropist Oprah Gail Winfrey was born on January 29, 1954, in Kosciusko, Mississippi. After a troubled adolescence in a small farming community, where she was sexually abused by a number of male relatives and friends of her mother, Vernita, she moved to Nashville to live with her father, Vernon, a barber and businessman. She entered Tennessee State University in 1971 and began working in radio and television broadcasting in Nashville.

In 1976, Oprah Winfrey moved to Baltimore, Maryland, where she hosted the TV chat show People Are Talking. The show became a hit and Winfrey stayed with it for eight years, after which she was recruited by a Chicago TV station to host her own morning show, A.M. Chicago. Her major competitor in the time slot was Phil Donahue. Within several months, Winfrey’s open, warm-hearted personal style had won her 100,000 more viewers than Donahue and had taken her show from last place to first in the ratings. Her success led to nationwide fame and a role in Steven Spielberg’s 1985 film The Color Purple, for which she was nominated for an Academy Award for Best Supporting Actress.

Winfrey launched the Oprah Winfrey Show in 1986 as a nationally syndicated program. With its placement on 120 channels and an audience of 10 million people, the show grossed $125 million by the end of its first year, of which Winfrey received $30 million. She soon gained ownership of the program from ABC, drawing it under the control of her new production company, Harpo Productions (‘Oprah’ spelled backwards) and making more and more money from syndication.

In 1994, with talk shows becoming increasingly trashy and exploitative, Winfrey pledged to keep her show free of tabloid topics. Although ratings initially fell, she earned the respect of her viewers and was soon rewarded with an upsurge in popularity. Her projects with Harpo have included the highly rated 1989 TV miniseries, The Women of Brewster Place, which she also starred in. Winfrey also signed a multi-picture contract with Disney. The initial project, 1998’s Beloved, based on Pulitzer Prize-winning novel by Toni Morrison and starring Winfrey and Danny Glover, got mixed reviews and generally failed to live up to expectations.

Winfrey, who became almost as well-known for her weight loss efforts as for her talk show, lost an estimated 90 pounds (dropping to her ideal weight of around 150 pounds) and competed in the Marine Corps Marathon in Washington, DC, in 1995. In the wake of her highly publicized success, Winfrey’s personal chef, Rosie Daley, and trainer, Bob Greene, both The media giant contributed immensely to the publishing world by launching her “Oprah’s Book Club,” as part of her talk show. The program propelled many unknown authors to the top of the bestseller lists and gave pleasure reading a new kind of popular prominence.

With the debut in 1999 of Oxygen Media, a company she co-founded that is dedicated to producing cable and Internet programming for women,
Activism and Charity
Winfrey ensured her place in the forefront of the media industry and as one of the most powerful and wealthy people in show business. In 2002, she concluded a deal with the network to air a prime-time complement to her syndicated talk show. Her highly successful monthly, O: The Oprah Magazine debuted in 2000, and in 2004, she signed a new contract to continue The Oprah Winfrey Show through the 2010-11 season. Now syndicated, the show is seen on nearly 212 U.S. stations and in more than 100 countries worldwide.

In 2009, Oprah Winfrey announced that she would be ending her program when her contract with ABC ended, in 2011. Soon after, she moved to her own network, the Oprah Winfrey Network, a joint venture with Discovery Communications.

Despite a financially rocky start, the network made headlines in January 2013, when it aired an interview between Winfrey and Lance Armstong, the American cyclist and seven-time Tour de France winner who was stripped of his seven Tour titles in 2012 due to doping charges. During the interview, Armstrong admitted to using performance-enhancing substances throughout his cycling career, including the hormones cortisone, testosterone and erythropoietin (also known as EPO). “I am deeply flawed … and I’m paying the price for it, and I think that’s okay. I deserve this,” he stated. The interview reportedly brought in millions of dollars in revenue for OWN.

Of her interview with Armstrong, Winfrey said in a statement, “He did not come clean in the manner I expected. It was surprising to me. I would say that, for myself, my team, all of us in the room, we were mesmerized by some of his answers. I felt he was thorough. He was serious. He certainly prepared himself for this moment. I would say he met the moment. At the end of it, we both were pretty exhausted.”

According to Forbes magazine, Oprah was the richest African American of the 20th c

Winfrey is a dedicated activist for children’s rights; in 1994, President Clinton signed a bill into law that Winfrey had proposed to Congress, creating a nationwide database of convicted child abusers. She founded the Family for Better Lives foundation and also contributes to her alma mater, Tennessee State University.published best-selling books.entury and the world’s only Black billionaire for three years running. Life magazine hailed her as the most influential woman of her generation. In 2005, Business Week named her the greatest Black philanthropist in American history. Oprah’s Angel Network has raised more than $51,000,000 for charitable programs, including girls’ education in South Africa and relief to the victims of Hurricane Katrina.

In September, 2002, Oprah was named the first recipient of The Academy of Television Arts & Sciences’ Bob Hope Humanitarian Award.

Winfrey campaigned for Democratic presidential hopeful Barack Obama in December 2007, attracting the largest crowds of the primary season to that point. Winfrey joined Obama for a series of rallies in the early primary/caucus states of Iowa, New Hampshire,
Activism and Charity
and South Carolina. It was the first time Winfrey had ever campaigned for a political candidate.

The biggest event was at the University of South Carolina football stadium, where 29,000 supporters attended a rally that had been switched from an 18,000-seat basketball arena to satisfy public demand.

“Dr. (Martin Luther) King dreamed the dream. But we don’t have to just dream the dream any more,” Oprah told the crowd. “We get to vote that dream into reality by supporting a man who knows not just who we are, but who we can be.” The power of Winfrey’s political endorsement was unclear (Obama won Iowa and South Carolina, but lost New Hampshire). But she has a clear track record of turning unknown authors into blockbuster best-sellers when she mentions their books on her program.

In her final season of her talk show, Oprah made ratings soar when she revealed a family secret: she has a half-sister named Patricia. Oprah’s mother gave birth to a baby girl in 1963. At the time, Oprah was 9 years old, and living with her father. Lee put the child up for adoption because she believed that she wouldn’t be able to get off public assistance if she had another child to care for. Patricia lived in a series of foster homes until she was 7 years old.

Patricia tried to connect with her birth mother through her adoption agency after she became an adult, but Lee did not want to meet her. After doing some research, she approached a niece of Winfrey’s, and the two had DNA tests done, which proved they were related.

Winfrey only learned of her sister’s existence a few months before she made the decision to publicize the knowledge. “It was one of the greatest surprises of my life,” Winfrey said on her show.

In November 2013, Winfrey received the nation’s highest civilian honor, the Presidental Medal of Freedom. President Barack Obama gave her this award for her contributions to her country.

Since 1992, Winfrey has been engaged to Stedman Graham, a public relations executive. The couple lives in Chicago, and Winfrey also has homes in Montecito, California, Rolling Prairie, Indiana, and Telluride, Colorado.