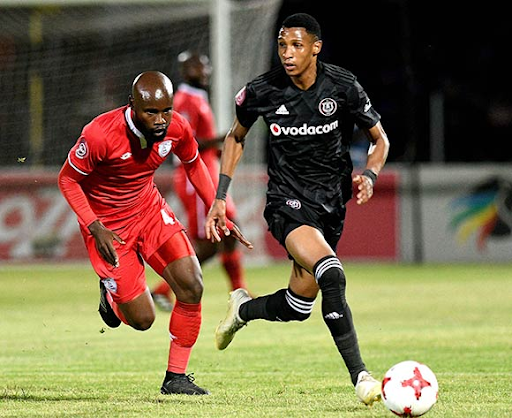 Orlando Pirates are just a point away from home after their recent draw in the CAF Confederation Cup group stage fixture with ES Setif of Algeria on Wednesday night in Accra. Be The team is now placed second on the Group A table as the Nigerian team, Enyimba United, top the group.

The match commenced with serious attempts from ES Setif as they put in their very best early in the game which almost led to a goal but for a goal line save by Siphesihle Ndlovu for Pirates.

Pirates were forced into an early substitution in the first half of the game as Richard Ofori sustained an injury, replacing him with Siyabonga Mpontshane – who proved to be an important addition in the game as he whipped in impressive crosses in the opponent’s 18-yard box consistently.

The second half of the game came with more chances for Pirates as Fortune Makaringe, Vincent Pule and Thulani Hlatshwayo all made attempts to no avail as they were denied for failing to hit the target.

Following this stalemate which ended 0-0 for both teams, Pirates are set to play against Enyimba next.