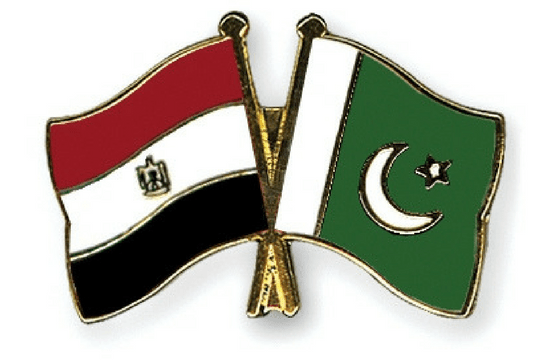 Foreign Ministers of Pakistan and Egypt, who met Friday on the sidelines of UN General Assembly, vowed to work towards further expansion of the relations between the two countries.

Shah Mahmood Qureshi and his Egyptian counterpart Sameh Hassan Shoukry emphasized the need for promoting trade, economic and investment cooperation between the two countries, according to an official statement.

They discussed bilateral relations and efforts for strengthening meaningful cooperation in a number of fields using the existing mechanisms.
The two sides agreed to early convening of the Joint Ministerial Commission in this regard.
The Egyptian foreign minister underlined that his country greatly valued its relations with Pakistan, the statement said.

He congratulated Qureshi on assuming the office of the Foreign Minister of Pakistan and expressed his keen desire to work with him for further enhancing the existing cooperation and friendship between the two countries.