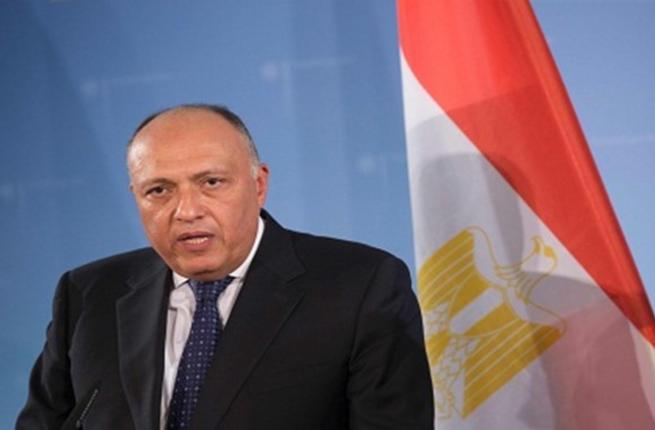 Egypt’s Foreign Minister Sameh Shoukry met Friday with his Russia counterpart Sergey Lavrov on ways of boosting the bilateral relations, as well as regional and international issues of common concern.

Shoukry said the upcoming visit by President Abdel Fattah El-Sisi to Russia would open up new horizons in ties between both countries at all fields, spokesman for the Foreign Ministry Ahmed Abu Zeid said in a statement following the meeting.

The officials highlighted that the visit will take place soon yet no date yet has been disclosed.

The two ministers discussed ways to strengthen the economic cooperation between the two countries, the spokesman said.

The two ministers expressed satisfaction with the progress made in the Dabaa nuclear plant project.

Expected to be completed within 12 years, the El-Dabaa nuclear plant will be the largest Russian-Egyptian project since the Aswan dam.

In November 2015, El-Sisi oversaw the signing of the deal between Egypt and Russia to establish the first Egyptian nuclear power plant.

According to the draft agreement, Russia will loan Egypt the $25 billion needed to finance the building and operation of the plant.

The Egyptian minister stressed the need to maintain the national institutions in both Libya and Syria and to secure their stability and territorial integrity.

He urged more efforts to achieve a political settlement to cement regional security and stability and to prevent the expansion and spread of terrorist groups.

For his part, Lavrov expressed Russia’s support for the Egyptian efforts in Libya, affirmed the importance of uniting the Libyan army.

He warned against relying on militias to preserve stability in the country.