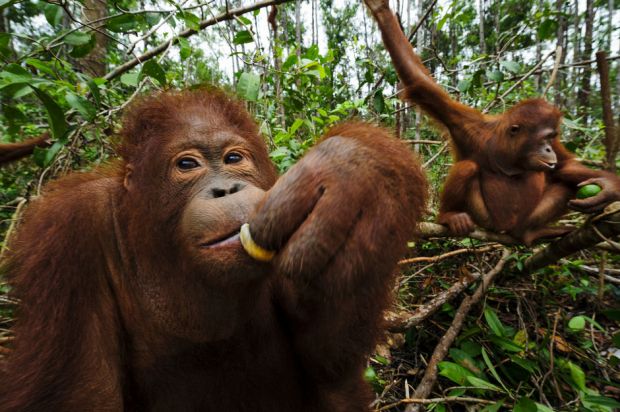 Palm oil from an illegal plantation inside an Indonesian rainforest home to endangered orangutans has found its way into the supply chains of major consumer brands including Unilever and Nestle, according to a U.S.-based environmental group.

High-profile palm oil buyers like Nestle, PepsiCo and Unilever have committed to zero deforestation and to source only sustainable oil by 2020. A spokeswoman for Nestle said GAR, a direct supplier to the Swiss food giant, had “conducted verification” with the mills named by RAN. “Nestle is opposed to deforestation and the destruction of natural habitats around the world,” she said, outlining efforts in the last decade to ensure its buying is not linked to deforestation. Satellite images showed that an area within the 82,000-hectare Rawa Singkil Wildlife Reserve had been cleared in 2013 and illegally replanted with oil palm. By tracking trucks and conducting interviews on the ground, RAN said it found that palm oil fruit grown on this land had been supplied to two nearby mills run by PT Global Sawit Semesta and PT Samudera Sawit Nabati.

Robert Nasi, director-general of the Indonesia-based Center for International Forestry Research, said there had been “a slow but constant erosion” of the reserve’s peat-swamp forest. “Fears are that if this continues, the remaining orangutan population will become marooned on an isolated forest island in a sea of plantations,” he added.