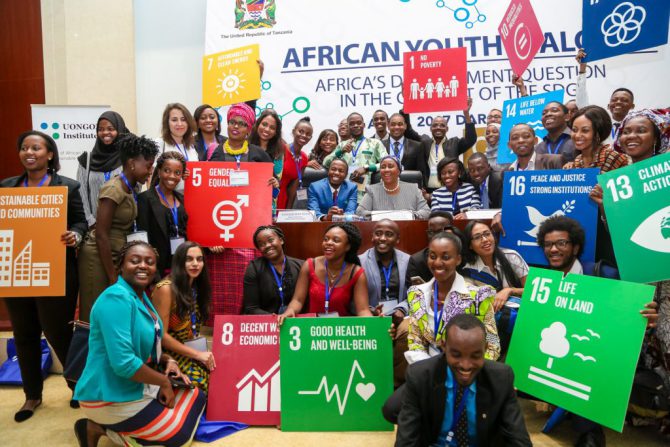 Over 50 youth leaders from across the world gathered in Kinshasa under the theme “Africa’s participation to the 19th World Festival of Youth and Students”.

The World Festival of Youth and Students is an International event, organised by the World Federation of Democratic Youth, running jointly with the International Union of Students since 1947.

This year’s event came after the Pan-African Union earlier this year signed a Memorandum of Understanding (MoU) with the Russian National Youth council at the United Nations Headquarters, pledging to give its full support in the upcoming October World Festival of Youths and Students in Moscow Russia. It is estimated around 30,000 youth will participate from across the globe.

The Conference started with the President of the PPRD Youth League, Mr. Patrick Kanga, followed by the Vice-President of WFDY Mr. Natfal Kambungu, who made opening remarks and invited all guests present.

In her Key Note address, Ms. Francine Muyumba, President of the Pan African Youth Union thanked the Congolese Communications and Media Minister, the H.E President Joseph Kabila’s representative, the Deputy Cabinet Director youth leaders for travelling from across the world to gather in Kinshasa by honouring the PYU invitation and most importantly thanked the Chair of the Russian National Youth Council Mr. Greggory Petunshkov for sparing time from his busy schedule to attend the Conference.

Ms. Francine further gave gratitude to His Excellency, Joseph Kabila the President of the Democratic Republic of Congo and Head of State for accepting the patronage of the meeting.

She then talked about the recent MoU signed between the Pan African Youth Union and the Russia National Youth Council which is mainly meant to strengthen the relationship between the youth of Africa and the Russian youth.

After further presentations from the invited speakers, including Greggory Petushkov and Lambert Mende Omalanga, the heads of the delegations attended two closed-meetings.

The delegation also visited the Imka Stadium, where the guests were welcomed by an eagerly awaiting crowd where they addressed the Congolese youth, sharing their messages of Solidarity to the enthusiastic Congolese youth present.

The conference was with the aim of promoting worldwide peace and solidarity while looking to act on social justice, to honour the past and to look to the future.