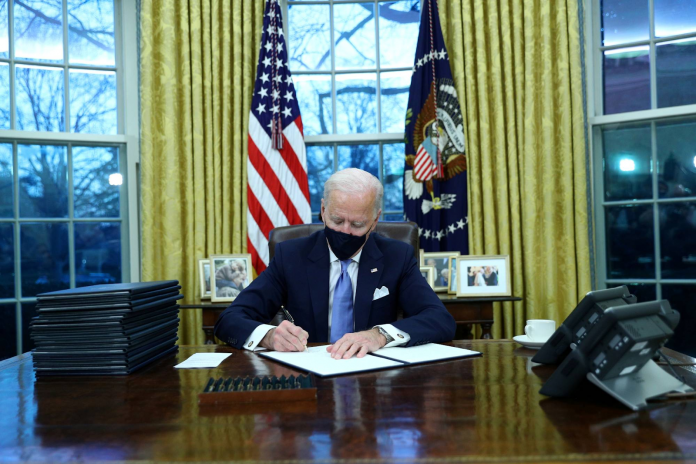 The United States President, Joe Biden has kept to his word and reversed the Muslim travel ban imposed by former US President Donald Trump in January 2017.

President Joe Biden revoked the ban on Wednesday after his inauguration on.

“Make no mistake, where there are threats to our Nation, we will address them,” he says, according a proclamation posted to the White House website on Wednesday, January 20, 2021.

According to the proclamation, “when visa applicants request entry to the United States, we will apply a rigorous, individualized vetting system, but we will not turn our backs on our values with discriminatory bans on entry into the United States.”

“The entry of the Sudanese to the US while using a normal visa, as non-refugees and with their full rights without struggling like before, is good and will have an effect on the economy of Sudan, and will help the country move forward”, Sudanese citizen, Marwa Jumaa said.

Following the ban, citizens of Sudan, Libya, Somalia, Iran, Iraq, Syria, and Yemen were all forbidden from entering the United States.

However, on the campaign trail, Biden criticized the ban, describing it as wrong. Immigrants visa applicants who were denied due to the ban will now be eligible to apply.

“It will be an opportunity for citizens who can travel to the United States where American universities are of the best in the world, doctors can apply to work in American hospitals, and of course the Trump administration became something from the past, it was not only politically racist to Arabs and Muslims, they were also politically racist to the Mexicans”, Moueed Othman said.

President Joe Biden signed several executive orders to reverse some of his predecessor’s policies including that on immigration and climate change. The US president is expected to lift other immigrant travel bans imposed by the previous administration between January 29 and early February.