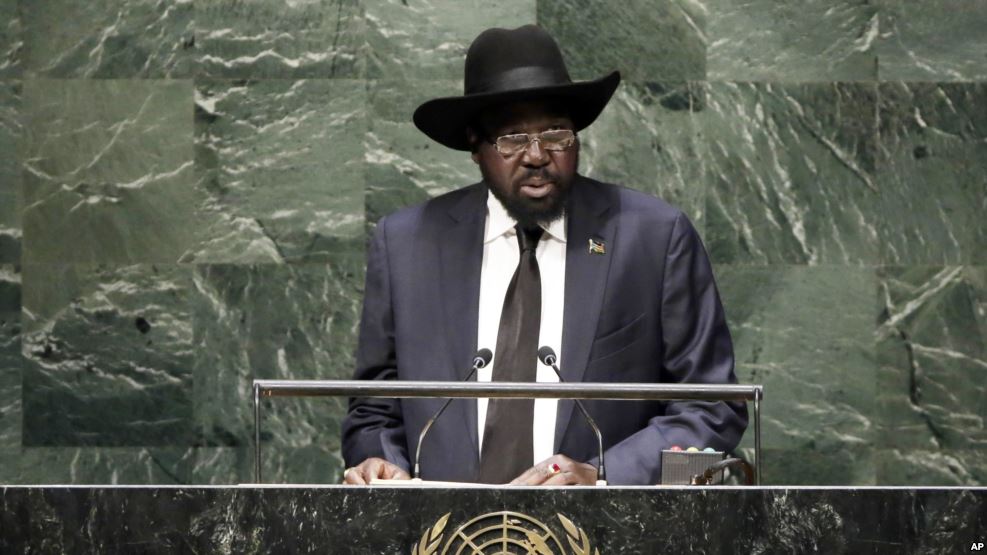 President Salva Kiir has asked the South Sudanese to forgive him for past mistakes. The president made the appeal Wednesday during an end-of-year speech before the National Legislative Assembly. He also ordered government forces to observe a cease-fire and create conducive environment for communities to reconcile.

“In the spirit of national unity, forgiveness and dialogue, I am asking you, the people of South Sudan, to forgive me for any mistakes I might have committed. This is a spirit that our country needs and we must act now,” Kiir said.

The president called for a national dialogue, one that he said would include people from all sectors of society, as the three-year conflict drags on in parts of the country.

“I strongly believe that the current situation in our country calls for a national dialogue,” he said. “It calls for unity and to end the cycle of violence and atrocities. A national dialogue, in my view, is both a forum and a process through which the people of South Sudan can gather to redefine the basis of their unity as it relates to nationhood, citizenship and a sense of belonging.”

Kiir added the dialogue will allow citizens to discuss openly how South Sudan should be structured and what its development priorities should be. He said the government will ensure that the outcome of a national dialogue will be accepted by all, and implemented.

“The government will not lead or control this process,” he said. “The government shall be a stakeholder in the national dialogue. I strongly believe in a South Sudanese-led process, and so we have identified our fellow citizens who are persons of consensus and integrity to steer this process.”

He did not elaborate on who selected the “persons of consensus and integrity” to run the national dialogue. Nor did he name the people steering the process.

At the same time, Kiir insisted the process would involve grass-roots consultations, regional peace conferences and a national conference in Juba.

Faith-based groups and local think tanks — including the Sudd Institute, the Ebony Center for Strategic Studies, and the Center for Peace and Development Studies — are to be involved in the planning process, according to the president.

Without mentioning by name his former First Vice President Riek Machar, who has been run out of the country, Kiir said the government will guarantee the safety and freedom of all who participate in the dialogue, including those outside the country who oppose his government.

“I call upon those who are still carrying arms to stop destroying their own homes and their own country and join the process of national dialogue,” he said. “I also call upon our national army and all the security organs to uphold their constitutional mandate to protect all the citizens and their properties.”

Kiir promised that “no grievances will be left unaddressed in this process.”

The president also warned against hate speech, saying his government will take serious measures against individuals who promote ethnic hatred and violence.

“I also call upon those propagating hate speeches in the social media, international and social forums to stop tearing their country and communities apart,” he said.

Kiir instructed the South Sudanese people to “stop any propaganda against the international community, especially the American people and the United Nations.”