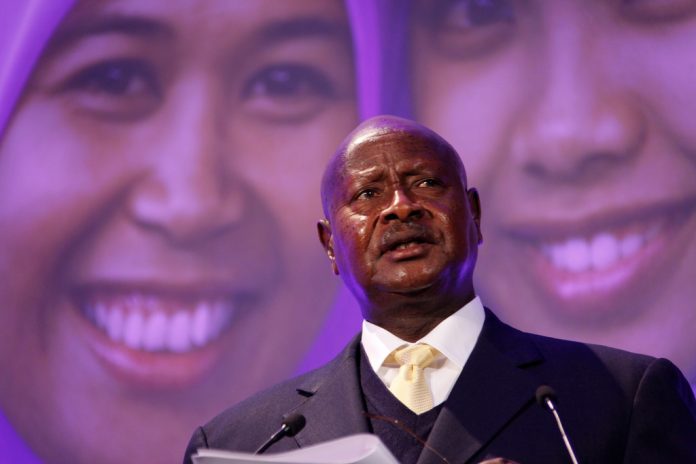 Uganda’s ruling party has endorsed President Yoweri Museveni  as its candidate in 2021 elections, which could see him seek re-election for a sixth term, a party resolution said.

The National Resistance Movement (NRM) called for Museveni to “continue leading the movement and the state in 2021 and beyond to eliminate bottlenecks to transformation.”

The resolution was reached Tuesday afternoon means Museveni who has been Uganda president since 1986 after shooting his way to power, will now contest for a sixth term in office. He controversially won the last election with 60.75% of the votes with his closest rival Kizza Besigye getting 35%.

In the 2016 presidential elections, the party endorsed Museveni as the sole presidential candidate after Amama Mbabazi, the then party secretary general expressed interest in contesting against Museveni. Mbabazi was subsequently forced out the party.

“To emphatically recommend to the membership of the movement and its organs that His Excellency Yoweri Museveni our leader and General of the African Resistance, continues leading the Movement and the State in 2021 and beyond- as we eliminate the bottlenecks to transformation,” reads part of the statement.

Museveni was confirmed as the winner of Uganda’s presidential election for a fifth consecutive time on 20 February 2016. However, if the president is to stay in office beyond the next set of elections in 2021 he will have to overcome a constitutional impediment. Article 102 (b) of Uganda’s 1995 Constitution states that “a person is not qualified for election as President unless that person is not less than thirty-five years and not more than seventy-five years of age”. President Museveni will be 76 in 2021.