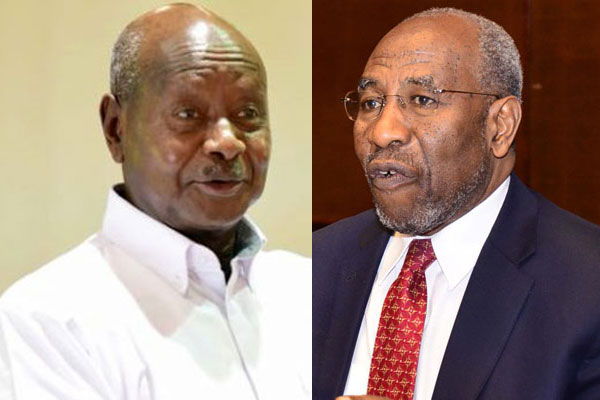 President Museveni has elected not to attend the 73rd session of the United Nations General Assembly (UNGA) that gets underway in New York today, according to highly-placed diplomatic sources.
Instead, Prime Minister Ruhakana Rugunda is expected to lead the 15-member Ugandan delegation, a reduction from an average of 45-50-person entourage that usually accompanies the President.

State House said the President has other “more important” issues to attend to while according to Foreign Affairs ministry, Mr Museveni tabled his decision for a Cabinet discussion two months ago.
“The President told Cabinet it was pointless to travel to New York when he was going to address the assembly for only 15 minutes. It is also costly in a way that each time he travels, he is accompanied by a big delegation. Cabinet endorsed the decision and the records are there,” State International Affairs Minister Okello-Oryem told Daily Monitor last Saturday.

He dismissed suggestions that Mr Museveni opted out of the annual meeting of the 193 UN member states, which he has attended religiously in the past, over fears of possible hostile reception and demonstrations due to a wave of rising global criticism against his government.
This followed the alleged torture of 33 people in Arua District, including Kyadondo East MP Robert Kyagulanyi, aka Bobi Wine, and Mityana Municipality MP Francis Zaake on August 13.
Mr Kyagulanyi is currently in the United States to receive treatment, although he has done back-to-back media interviews with the Cable News Network (CNN), the British Broadcasting Corporation (BBC) and Al Jazeera, among others.

He addressed the Ugandan community in Boston to make a case why President Museveni should, in his view, be extracted from power.
In the Saturday interview, Mr Okello-Oryem said the Ugandan government is “bigger than Bobi Wine many, many times” and his apparent diplomatic charm offensive in the West will be neutralised”.
“The government and the ministry of Foreign Affairs in particular does not lose sleep on the issue of Bobi Wine,” he added.
The European Parliament in a debate last week rallied member countries to galvanise against the Ugandan government, accusing it of rights violations and torture of opponents.

The parliamentarians also demanded that the European Union withhold support to Uganda to force it to change to a democratic course.
Mr Okello-Oryem said Uganda will not be bullied or blackmailed by rich countries and that any aid cuts over differences of opinion are the donor’s right.
It is in Uganda’s interest, he said, to wean off development partners. Separately, senior presidential spokesman Don Wanyama said Mr Museveni “will probably be attending more important things and has, therefore, delegated”.

Diplomatic sources in New York said Uganda expects to be endorsed on September 27 as the host of the South-to-South Cooperation summit toward end of 2019.
If endorsed, the conference would attract heads of states and government from some 134 countries.
“This will provide Uganda an opportunity to showcase its tourism, business, and investment potential,” Ambassador Adonia Ayebare, Uganda’s permanent representative to the United Nations, said.