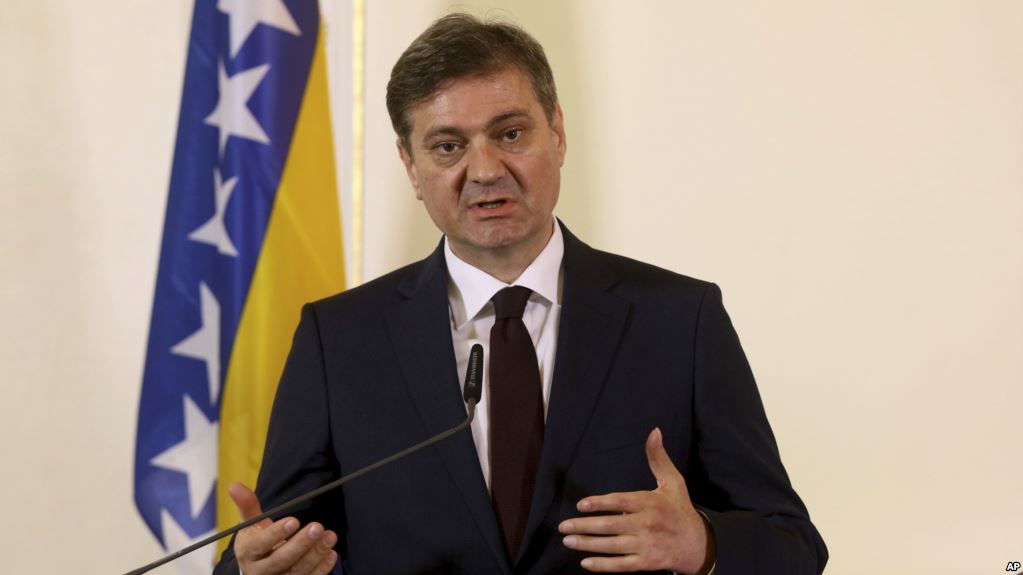 The Chairman of BiH Council of Ministers, Denis Zvizdic, arrived on Sunday evening at Mohamed V Airport in Casablanca for a four-day visit to the country.

Accompanied by a delegation of businessmen, the chairman was received by Head of Government Saad Eddine El Othmani; Minister of General Affairs and Governance Lahcen Daoudi; and the governor of the province of Nouaceur, Hassan Zitouni.

El Othmani noted in a statement that while Bosnia and Herzegovina and Morocco enjoy “excellent” political ties, they still need to grow their economic relations.

El Othmani said that the visit primarily aims to reinforce economic cooperation, announcing that the Bosnian business delegation will hold talks with Moroccan companies to deepen trade between the two countries.

Moroccan-Bosnian relations have been strengthening, reflected in the judicial, economic, and commercial agreements, and the mutual visa exemption for holders of diplomatic, service, or special passports agreed on in 2016.

Chairman Zvizdic noted that there is an interest from BiH side for more intensive cooperation, especially in the area of metal, wood, food and textile industries, as well as tourism, culture and education. He added that in the last three years the tourism sector has achieved great growth in BiH, and used this meeting to call on citizens of Morocco to visit BiH. He said that it is necessary to continue the activities on visa liberalization in order for more tourists from both sides to visit each other. He underlined the importance of ratifying the Agreement on Trade and Economic Cooperation.

Interlocutors discussed the signing of the Air Transport Cooperation Agreement and agreed that opening a direct airline between BiH and Morocco would significantly improve the bilateral relations.

Within the framework of the visit, Zvizdic will attend a working meeting on Tuesday at the General Confederation of Moroccan Enterprises (CGEM) in Casablanca.