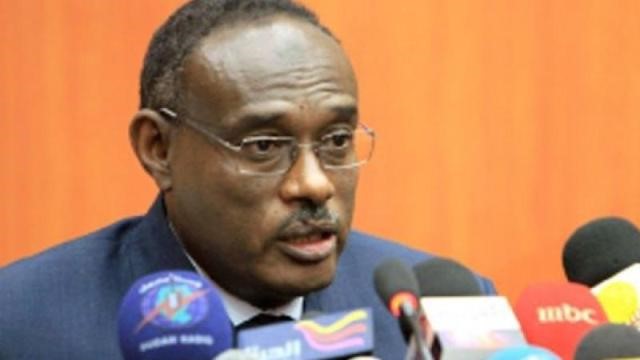 Sudan’s Foreign Minister El-Dirdeiry Mohamed Ahmed Monday discussed with a visiting delegation from the UK House of Commons and House of Lords ways to promote bilateral cooperation between the two countries, particularly on human rights issues.

In a press release on Monday, Foreign Ministry spokesperson Gharib Allah Khidir said the two sides praised the evolving relations in light of the strategic dialogue between the two countries which covers all aspect of joint cooperation.

According to the press release, Ahmed briefed the delegation on Sudan’s efforts to achieve peace in the region particularly South Sudan and Central African Republic (CAR), pointing to international community’s support for South Sudan’s peace process.

Sudan’s top diplomat also welcomed the positive developments in the region, saying the recent agreement between Ethiopia and Eritrea would have a positive impact on stability and development in the Horn of Africa.

Also, Ahmed pointed out that Sudan and the United States would engage in the second phase of normalization talks soon, praising the UK efforts in this regard.

For their part, the British parliamentarians praised Sudan’s efforts to achieve peace in South Sudan which culminated in the signing of a peace agreement ending the war in the newborn nation.

It is noteworthy that the UK legislators’ delegation has arrived in Khartoum on Sunday. It is made up of Labour MPs David Drew and Liz McInnes, Conservative MP James Duddridge, and Liberal Democrat Peer Baroness Shas Sheehan.

The 4-day visit is being organized by the All-Party Parliamentary Group for Sudan & South Sudan, a cross-party group of parliamentarians in the UK raising issues of peace, social justice, and human rights in both countries.

The delegation would visit North Darfur State and will conduct a field visit to a number of Internally Displaced Persons (IDPs) camps including Abu Shouk camp.

Also, the delegation would meet with the hybrid peacekeeping mission in Darfur (UNAMID) in North Darfur.

Since 2015, Sudan and the UK have started a dialogue upon request from Khartoum to push forward bilateral ties.

In March 2016, Sudan and the UK held the first strategic consultations meetings between the two countries in the Sudanese capital, Khartoum. The meeting was considered the first talks of its kind at the
ministerial level in 25 years.

Also, British Minister of State for Africa, Harriett Baldwin, last month paid a three-day-visit to Khartoum during which she discussed with Sudanese officials bilateral relations and ways to support Sudan to achieve political stability and economic reform.

The UK is one of the Troika’s three countries that support the African Union peace process to end the armed conflicts in the Two-Areas and Darfur region.