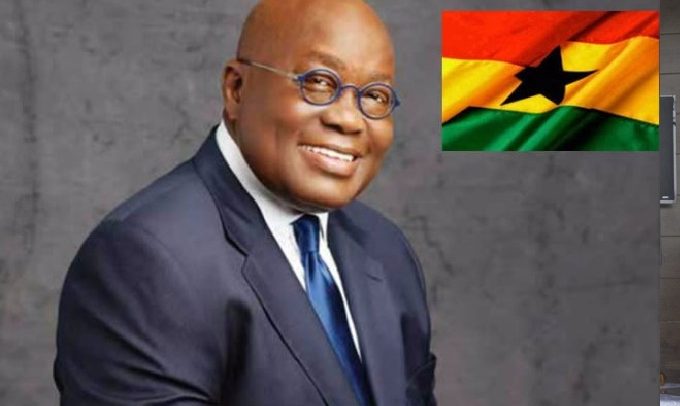 President Nana Akufo-Addo of Ghana says the time has come for people of African descent to make the journey back home. Ghana is offering African-Americans and Caribbean people the opportunity to return and the right of abode in 2019, pronouncing it “The Year of Return”.

To mark 400 years since the anchoring of the first slave ship in Jamestown, Virginia, Ghana’s President Nana Akufo-Addo has declared 2019 “The Year of Return”. It is the only public-private initiative by an African nation to commemorate this quarter-centenary.

As part of this initiative, Ghana is launching a series of programmes that seek to encourage people of African ancestry to make the “birthright journey home” as part of “the global African family”.

“In the year 2019, we open our arms even wider to welcome home our brothers and sisters,” President Nana Akufo-Addo said.

At a launch event in Washington DC, President Akufo-Addo stressed that Ghana’s Pan-African leadership and legacy status was earned by the country’s conscious effort to validate the struggles, strengths and links between African descendants on a Pan-African scale.

The Ghana Tourism Authority, under the Ministry of Tourism, Arts and Culture, is coordinating the year-long calendar of activities in “celebration of the resilience of the African spirit”. This is being done in partnership with the Office of Diaspora Affairs in the Office of the President, the Pan-African Historical Theatre Festival (Panafest) Foundation and The Adinkra Group.

Ghana has for decades made itself the destination of choice for returning African-Americans and Caribbean people. In the 1820s and 1830s, the Tabon people, a group of African slaves in Brazil, returned to Accra after a popular slave rebellion. Their descendants have been fully assimilated into Ghanaian social and political life.

In fact, Accra has been home to many popular historical figures, such as author Maya Angelou (for three years, with her son, Guy); Sylvia Boone (the first tenured black woman professor at Yale University); actor, director, writer, lecturer and civil rights activist Julian Mayfield; sociologist and historian W.E.B Du Bois; and journalist and author George Padmore. They all lived and worked there, and Du Bois and Padmore are buried in the city. Their homes are now public libraries.

In 2001, Ghana passed the Right of Abode law, which gives people of African ancestry in the Americas the right to stay in Ghana indefinitely. Then, in 2007, during Ghana’s 50th independence anniversary, the “Joseph Project” was launched to encourage the return of the descendants of enslaved Africans.

This garnered interest and, in December 2016, then President John Mahama presided over the naturalization ceremony of 34 returnees. As he presented them with their certificates of naturalization, he said, “I have only restored to you what rightfully belongs to you and was painfully taken away.”

Ghana’s policies have been backed by local attitudes towards returnees. Although there is an awareness of “otherness”, returnees have reported feeling welcomed and included.

There is a need for other African countries to follow in Ghana’s footsteps to benefit from the economic and cultural power that the African diaspora brings. In a recent address to the Pan-African Unity Dialogue in New York, the African Union’s Ambassador to the USA, Dr Arikana Chihombori-Quao, called for closer collaboration between the African continent and the growing African Diaspora communities in the Americas.

She argued that a fully engaged diaspora holds the key to the future development and empowerment of Africa.