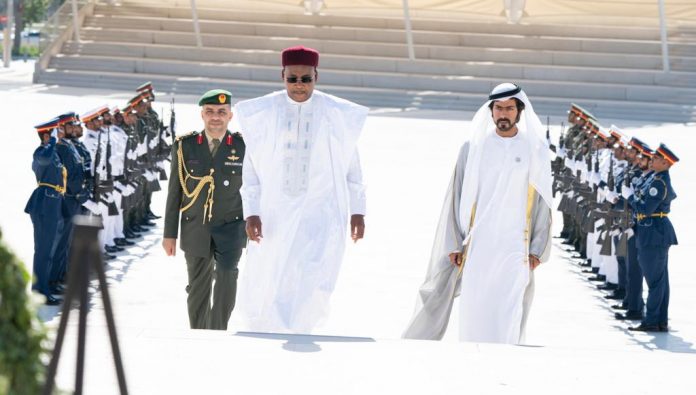 The President of Niger, Mahamadou Issoufou visited on Wednesday Wahat Al Karama, Abu Dhabi’s national and cultural landmark designed to commemorate the sacrifices and heroic deeds of UAE martyrs to defend their homeland and protect its achievements.

He attended the Guard of Honor ceremony, then laid a wreath at Martyrs’ Monument, made up of 31 panels leaning on one another in a symbol of solidarity between the leadership, people and soldiers of the UAE.

He then went on a tour across and listened to a detailed explanation by Sheikh Khalifa bin Tahnoun Al Nahyan about Wahat Al Karama different components, which embody the bravery and heroism of UAE heroes, as well as the nation’s noble values.

The tour was concluded with the word written by the President of Niger in the visitor’s log, expressing his utmost respect and appreciation for the brave martyrs of the UAE. 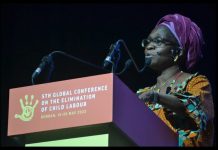