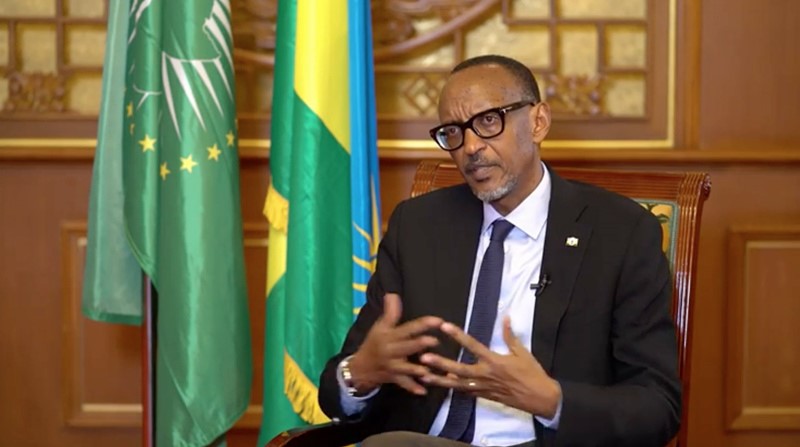 The China-Rwanda cooperation is a “productive partnership” that benefits both countries, Rwandan President Paul Kagame said on Sunday, Sept. 2, in the run-up to the 2018 Beijing Summit of the Forum on China-Africa Cooperation (FOCAC).

“We have benefited a lot from China’s support in our social and economic programs, and that has continued to strengthen the partnership between China and Rwanda,” Kagame explained during an interview with People’s Daily Online.

Mr Kagame is also serving as the rotating Chair of the African Union (AU) this year. He said he’s happy to do his part to help bring African countries and China closer together under the framework of the Belt and Road Initiative (BRI), noting that this year marks the 5th anniversary of the BRI’s launch.

“The Belt and Road Initiative is a very good concept where each country involved finds a place for its own development in areas like industrialization, infrastructure and green economy. The progress made for all players has been so far so good. We will continue to play our own role to make sure we contribute to the overall development framework,” Kagame said.

Kagame expects the 2018 FOCAC Beijing Summit to help both African countries and China identify areas of required improvement. “We need to do more and do better than we have already achieved in the last several years,” Kagame said, adding, “FOCAC can show the world how countries can work collaboratively at a time when issues like trade protectionism continue to brew.”

This year’s summit is themed “China and Africa: Toward an Even Stronger Community with a Shared Future through Win-Win Cooperation.”

Kagame notes that “no matter the distance, we are driven by the same aspirations: development and stability. We should do what we can to make sure the world we live in is taken good care of.”