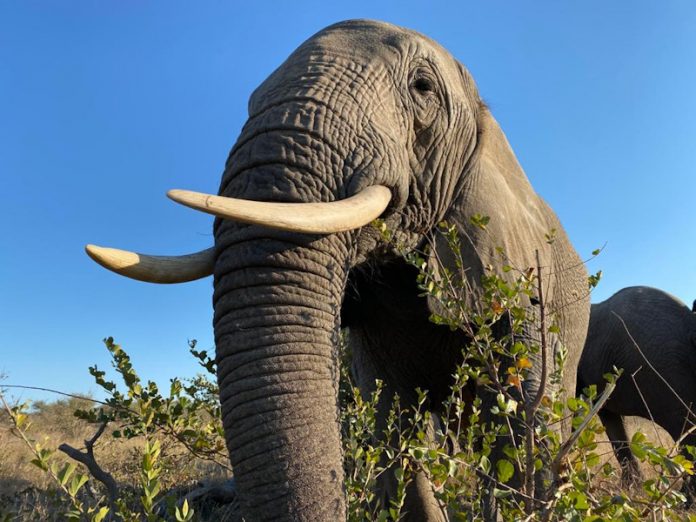 Tanzanian President, Samia Suluhu, insists the country will not auction confiscated ivory despite calls from campaigners.

On May 8, at the official launch of the Royal Tour tourism documentary in Dar es Salaam, she reiterated the government’s keenness on conservation.

The tusks had featured in her guided documentary, a project she is using to market the country’s tourism sites.

“The world should see how this illegal business is killing our wildlife heritage,” she said.
Tanzania has a stockpile of over 100 tonnes of elephant tusks and rhino horns stored in various wildlife conservation areas confiscated from poachers.

Members of Okoa Tembo wa Tanzania Conservation Group have been lobbying the government to destroy the stored ivory.

Save the Elephant, another group campaigning for conservation said that the government would save $75,000 spent on protecting the ivory each year by burning the ivory.
Six years ago, the last aerial wildlife census showed a sharp decline in elephant numbers from over 39,000 to 13,000 between 2009 and 2015.

The US government had in 2014 imposed a ban on wildlife-related products or trophies from Tanzania after American media and wildlife protection campaigners reported poaching.

Data from the fourth edition of the Counter Wildlife Trafficking Digest of the United States Agency for International Development, released May last year, indicated seizures of substantial quantities of pangolin parts in China and Laos.

The USAID data showed that Vietnam and Thailand seizures of African wildlife parts dropped significantly in 2020, with 48 incidents in 2020 compared with 82 in 2019. It also found decreases in the number and volume of seizures of elephant products. One hundred twenty-one reported ivory seizures were recorded for 2020, down by 36 per cent from 380 in 2019.