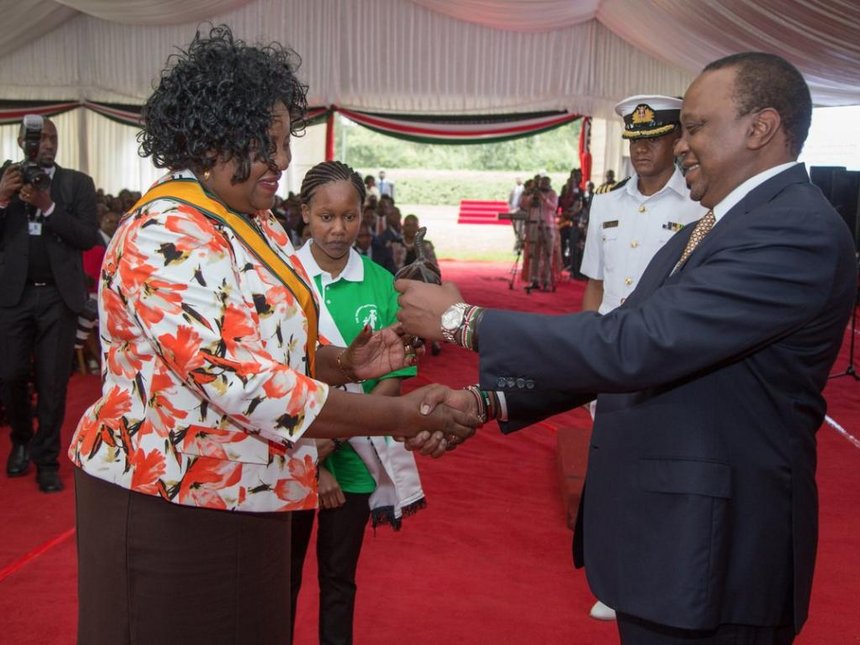 Ida Odinga – wife of ODM leader Raila Odinga, was among the women celebrated by the President during the August 23 event at State House.

She was honoured with an Elder of the Order of the Golden Heart (EGH) award. Uhuru also feted 29 other women with various honours.

The names of Muringo Kierieni, Muthoni Likimani, Jenifer Riria, and Rukia Subow, who were also awarded with an EBS, have been gazetted.

The president has also listed MBS awards (Moran of the Order of the Burning Spear) handed to Evangeline Muli, Wilkister Onsando, Joan Mjomba, and Jael Mbogo.

The Teresah Shitakha, Terry Kantai, Kamla Sikand, Rose Waruhiu were featured in the Order of the Grand Warrior of Kenya (OGW) category.