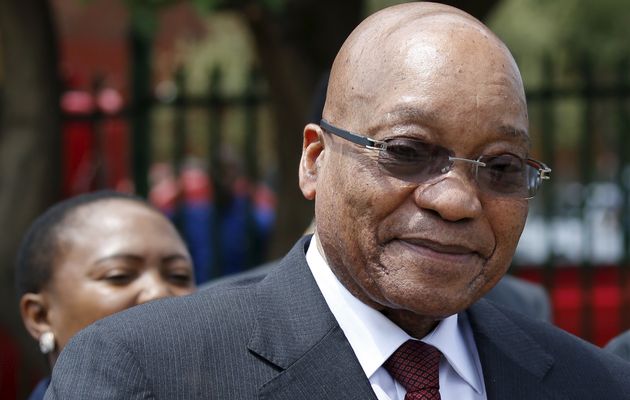 Stop emphasising colour and stand up against racism, President Jacob Zuma has recently pleaded. “We must heal the scars of apartheid and build a united nation,” he said to a smattering of applause in his reply to the debate on the State of the Nation Address.

“Racism is an enemy of humanity. If there is anything that this country must agree on it is the fight against racism,” continued Zuma. “This is because we know what it did to our nation. We would not want that to visit us again.”

Before 1994 South Africa was racially segregated by laws which even banned children of different race groups attending the same schools.

Zuma’s remarks come amid weeks of heightened resistance to racist comments, with some going as far as reporting people to the Equality Court.

KwaZulu-Natal estate agent Penny Sparrow set the tone with a Facebook post calling black people monkeys in a complaint about beach litter over the New Year celebrations. The outrage that followed focused on what many people said had been swept under the carpet at the advent of democracy. Many felt that the racism of apartheid had never been properly dealt with.

“We must unite in eradicating this evil from our country,” said Zuma.

A call that “Zuma must fall” and a massive banner over an apartment block in Cape Town was also regarded as racist by his supporters, giving the debate even more fire.

Zuma asked people to use the month of March and Human Rights Day on 21 March to highlight some of these issues and take part in programmes promoting the country.

“We would be dealing a devastating blow to racism. We should all stand up. There shouldn’t be some, and some not.”

He said young people should take part in the events organised for 16 June 1976, commemorating the day apartheid police opened fire on protesting school children in Soweto.

“It is important for our youth today to know where our youths come from so that the issues that our youths are looking at and fighting for, are informed by where we come from, where we are, and where we are heading to,” he said.