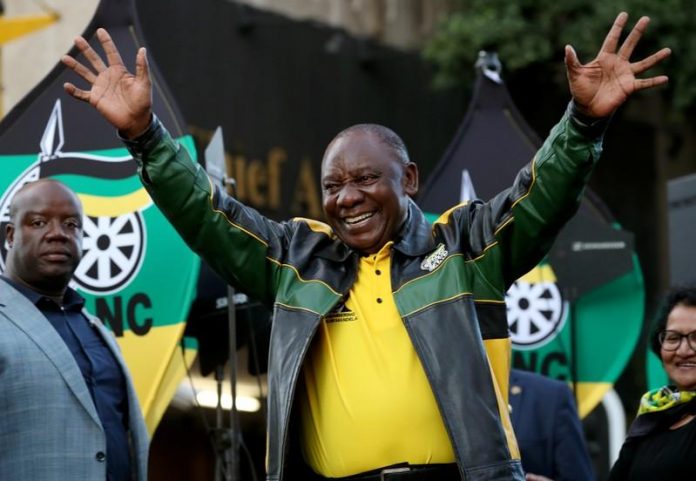 Thousands of supporters of South Africa’s African National Congress (ANC) took to the streets of Johannesburg to celebrate their party’s victory in last week’s election. The celebrations continued despite a lower share of the vote, with the ANC party winning 57.5% of the parliamentary vote.

The result was the ANC’s worst performance in a parliamentary vote since the end of white minority rule in 1994, when the party swept to power under Nelson Mandela. However, in President Cyril Ramaphosa’s first test at the polls since he took power in February 2018, the party retained power in eight of nine provinces.

To supporters of Ramaphosa, the ANC victory was an endorsement of his corruption-fighting agenda after he replaced Jacob Zuma. Ramaphosa, 66, replaced Zuma as ANC leader in December 2017. His first full term as president should start later this month after his nomination by ANC lawmakers in the new parliament.