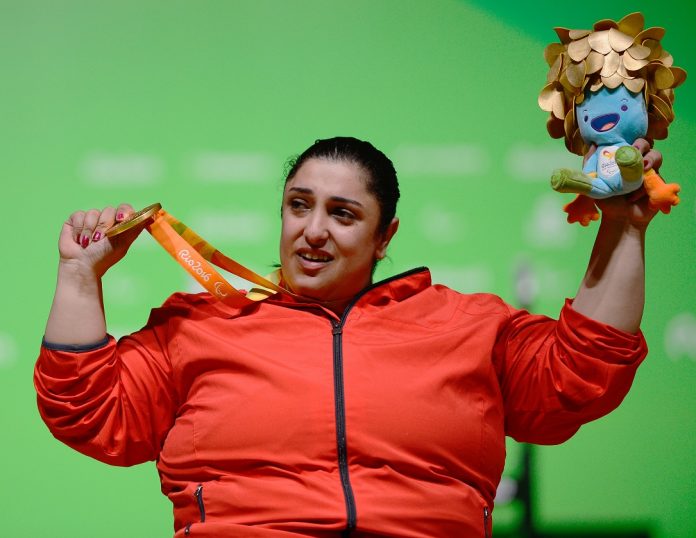 Randa Mahmoud, an Egyptian Paralympic champion, took the lead as she beat other contestants for the gold medal in the women’s over-86 kilograms competition on the final day of the “World Para Powerlifting World Cup” which took place in Dubai.

Mahmoud had previously won the silver medal in 2008 in Beijing, and closed the 2016 Paralympic Games in Rio de Janeiro with a victory, sealing Egypt’s second medal in Rio Paralympics.

The 31-year-old world champion finally defeated Obiji in 2014 by a slender 1kg margin, lifting a total of 139kg. She also topped the podium in three of the four World Championships she competed in, receiving the gold medal recently at Mexico City in 2017.