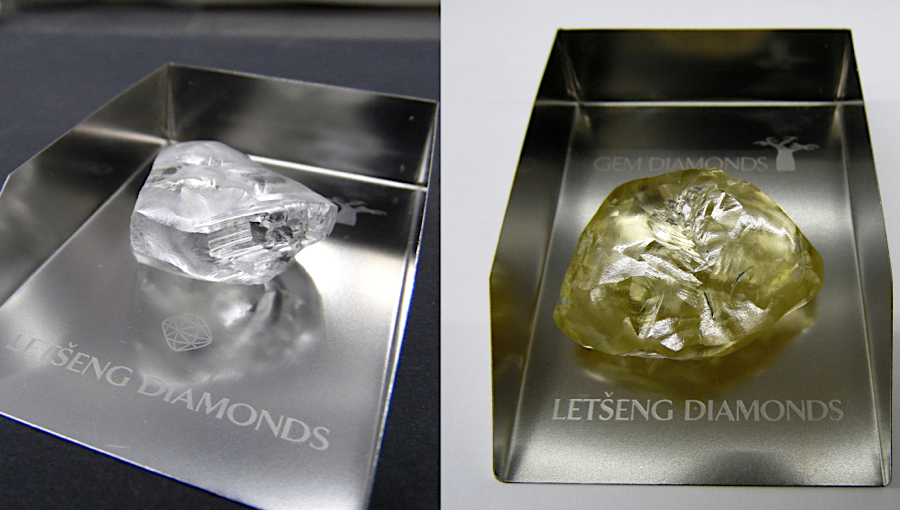 Two diamonds were recently discovered by Gem Diamonds Ltd in its Lesotho mines.

Gem unearthed a 104.73 Carat D Colour Type IIa diamond and a 151.52 carat Type I yellow diamond at its Letseng mine, the company said in a statement Monday. Type IIa diamonds are the most expensive stones because they contain little or no atoms.

Before now Gem had only reported one large discovery this year when it discovered a Bottom of Form114-carat Diamond in April. Letseng is known for the quality and sizes of its stones, with an average sales price of almost $2,000 a carat, the highest in the industry. Although the country did not discover any gemstone bigger than 100 carats last year, fewer than half as many as it found in 2015.

Gem, which fell to a record low in April, has also been hurt by weakening prices for lower-quality stones produced at its Ghaghoo mine in Botswana. In February, the company said it was shutting the newly built operation because prices had fallen by one-third since 2015.

While the latest finds will offer some reassurance to investors, they’re not even close to the biggest found at Letseng. In 2015, Gem sold a 357-carat stone for $19.3 million and in 2006 found the 603-carat Lesotho Promise.