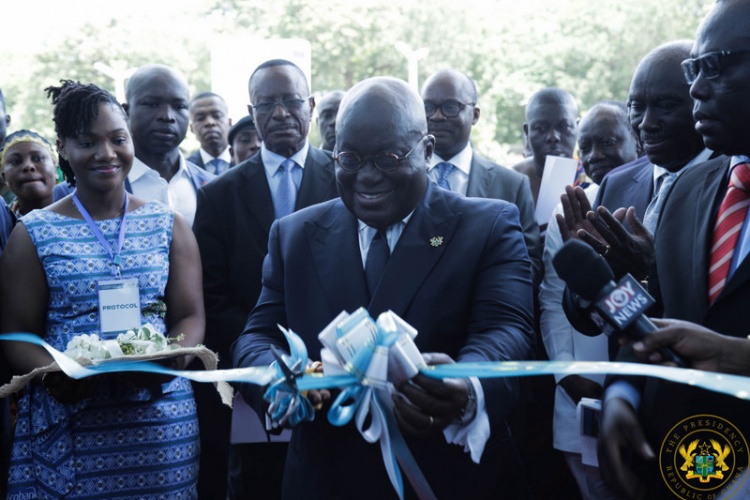 Ghana’s president, Nana Akufo-Addo, has tasked locally operating banks to reduce their interest rates so as to compliment the efforts being made by his government to create a more stable macro-economic framework in the country.

While speaking at the commissioning of a $60 million new Ghana Head Office of Ecobank in Accra, President Akufo-Addo remarked that the first year of his administration has witnessed fiscal discipline being maintained, with fiscal deficit reducing from 9.3% in 2016 to 5.6% in 2017. The projection, this year, he said, is that fiscal deficit will reduce to 4.5%.

Inspite of these, President Akufo-Addo noted that banking lending rates still remained high, averaging between 31.7% and 29.3% within the same period.

According to the president, “The gap between what is happening to the decline in inflation, and the lending rates being charged by the private sector, is a gap we have to bridge. And, if we are to give substantial complement to the vision that we all share, as a Ghana free and globally competitive economy, my challenge to you is to complement the efforts of my government, which is creating a more stable macro-economic framework, by bringing down lending rate, I have said that I am in a hurry. I am in a hurry because the Ghanaian people are also in a hurry to see an improvement in the quality of their lives and, therefore, if we are ready to give an impetuous to the private sector in our country, lending rates must come down. And they need to come down as a matter of urgency.”

The president assured that a positive response to his appeal from banks would ensure that he lends his voice to an improved banking culture that ensures that people pay back their loans.