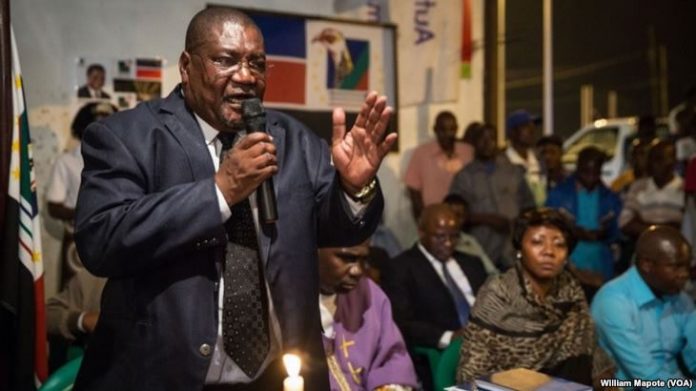 He is the successor to Afonso Dhlakama who led Renamo from 1979 until his death from diabetes in May last year. Momade was appointed interim leader shortly after Dhlakama’s death and, like Dhlakama, he opted to run Renamo from its military base in the central district of Gorongosa.

The election of the new president was held on Wednesday night, and the Renamo electoral commission announced the results on Thursday morning.

Momade coasted to an easy victory with 410 votes. His nearest rival, Elias Dhlakama, the younger brother of Afonso, won 238 votes. Thus the Dhlakama name, and the support he had from other members of the family, notably from his niece, Ivone Soares, who is head of the Renamo parliamentary group, was insufficient to defeat one of Renamo’s most prominent generals.