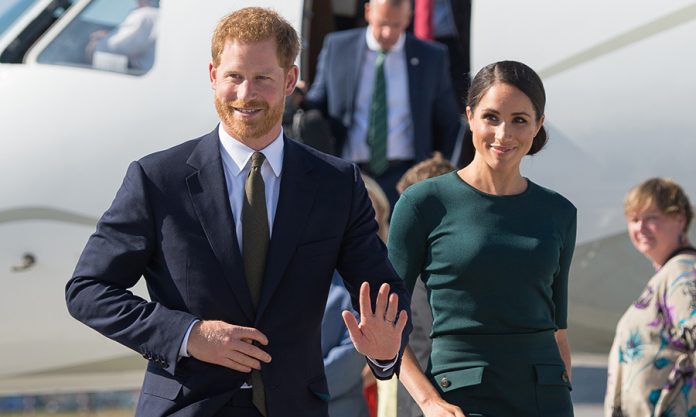 The Duke and Duchess are going to make a three-day trip to Morocco at the request of Theresa May’s government. Harry and Meghan will pay their visit to the North African country on 23 February, Kensington Palace announced. Although their full itinerary is yet to be released, it is understood there will be two main days of engagements. The Duchess of Sussex, who is due to give birth in the spring, will be in her third trimester at the time.

According to the NHS, it is usually safe to fly while expecting – but the risk of nausea means it is not recommended in the early stages of pregnancy. The advice states: “Most airlines will not let you fly after week 37 of pregnancy, or week 32 if you’re pregnant with twins or more babies.

” Meghan is unlikely to be in week 37 before mid-March.”

According to the Express, the Queen last visited Morocco in 1980 – but so many things went wrong during her trip that it became known as the “tour from hell”. Royal biographer Robert Hardman said King Hassan II was nervous at the time after assassination attempts, meaning many of the engagements had last-minute changes and delays. The Queen was apparently left waiting for him “in the sun” until 5pm on one day.